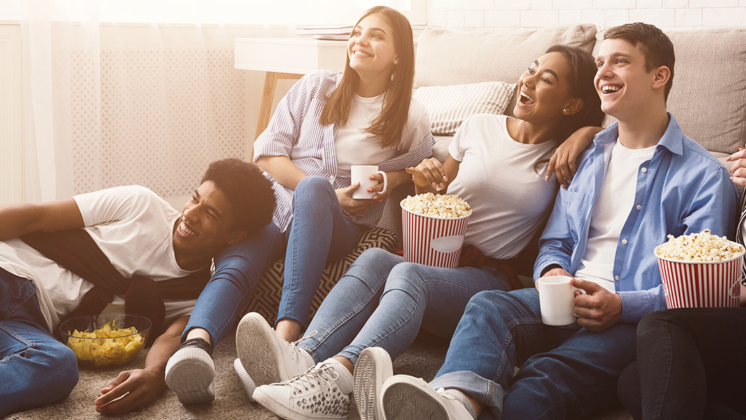 A combination of comedy, drama, mystery and romance, it is the R word in this descriptor that actually helped put ABC’s Moonlighting out of commission. We all remember what happened after Cybill Shepherd as Madeline (“Maddie”) Hayes and Bruce Willis as David Addison, who worked together at Maddie’s Blue Moon Detective Agency, took their relationship one step further. And, yes, we all know those two did not exactly like each other in real life.

Then, of course, Bruce Willis headlined blockbuster theatrical Die Hard, Cybill Shepherd gave birth to twins, and both actors, as did the audience, lost interest in Moonlighting. But as we celebrate 35 years since the premiere of what could also be described as primetime’s first “screwball comedy” (and the first to adeptly blend comedy and drama), let’s take a look at what made this series truly unique.

Moonlighting launched on Sunday, March 3, 1985, with a two-hour episode on ABC, and then moved into the Tuesday 10 p.m. ET hour. Earlier that season, that Tuesday time period housed three dramas that all failed to make an impact — Lindsay Wagner crime-themed Jessie, serialized Paper Dolls, and 1960s-set Craig T. Nelson entry Call to Glory.

The network competition was the CBS Tuesday Movie and mystery-themed Remington Steele on NBC. This expanded debut was billed as a movie (which it was not, and served as an early example of the type of humor on the series), and the bar for comparison was very low. That gave Moonlighting an immediate advantage.

However, the audience did not initially know what to make of the mix of mystery and the sharp and rapid-fire dialogue between the two leads, not to mention Allyce Beasley as the kooky rhyming receptionist Agnes DiPesto. But even in this pre-social media world, the word spread quickly about Moonlighting.

Glenn Gordon Caron, who was working on NBC’s similar Remington Steele, exited to create and produce the show. According to Caron, the inspiration for Moonlighting was a production of The Taming of the Shrew he saw in New York’s Central Park with Meryl Streep and Raul Julia.

At the time, Moonlighting was the most expensive TV series on the air, at an average cost of $1.6 million per episode. Part of that high cost was the 12 to 14 days it took to shoot each episode (as opposed to the usual one week) due to the extensive dialogue (two or more characters often talked at length simultaneously) and constant shooting delays. But ABC owned the series, which meant it could recoup some of the high cost. And the network was in dire need of something different. Only two ABC series (Dynasty, which topped the charts that season, and lead-out Hotel) finished the season ranked in the Top 20.

The role of Maddie was written specifically for Cybill Shepherd, but then unknown Bruce Willis was actually the very last actor to audition for the part of David. Robert Blake, who was known for his role as Detective Tony Baretta on 1970s crime drama Baretta, and radio personality Rick Dees, were in contention for the role. And Cybill Shepherd was lobbying for an actor named Harley Venton to land it. But Caron found what he was looking for in Willis.

Moonlighting frequently broke the fourth wall, with many of the episodes featuring the actors facing the cameras and making direct references to the audience, the scriptwriters, the network and the series itself. And other things you may not know about Moonlighting include…

• Bruce Willis was also up for the role of Jason Seaver on ABC sitcom Growing Pains at the time he auditioned for Moonlighting. Alan Thicke, of course, landed the part, and the sitcom was a staple on ABC from 1985 to 1992. A total of 166 episodes of Growing Pains were produced. Moonlighting, in contrast, aired for five seasons, with an episode tally of 66.

“Our characters on Moonlighting weren’t much of a stretch. I played a former model, which I was, and he played an a**hole, which he is.”
–Cybill Shepherd
Comedy Central Roast

• Most original network series at the time produced 22 episodes per season. But because of the rapid dialogue and notorious production delays, Moonlighting only produced 66 episodes in its entire run (including just six episodes in the abbreviated first season). Since most series once needed about 100 episodes for off-network syndication (repeats being shown on various stations across the country), Moonlighting has been rarely seen after its original run.

• In its heyday, Moonlighting peaked at No. 9 overall for the season in season three (in 1986-87). The top-rated show in primetime that season was NBC’s The Cosby Show, and this was ABC’s second highest rated series (behind Growing Pains).

• Moonlighting sometimes featured what it referred to as “cold opens,” with Shepherd and Willis (in character), other actors, viewers, or TV critics directly addressing the audience about the show’s production itself. These cold opens were used as a way to fill air time, since the dialogue on the show was spoken so quickly and the producers needed something to fill the entire hour.

• Curtis Armstrong, who was known from movies Revenge of the Nerds and Better Off Dead, was added in season three as a potential love interest for Beasley’s Miss DiPesto.

• Shortly after finishing his three-season run on NBC’s St. Elsewhere, Mark Harmon appeared in four episodes at the end of season three of Moonlighting as Maddie’s love interest Sam Crawford.

• Pierce Brosnan appeared in a cameo as his character from Remington Steele in the season three episode titled “The Straight Poop.”

• The legendary Orson Welles made his final appearance on camera on Moonlighting, delivering the cold open in the season two episode called “The Dream Sequence Always Rings Twice.”

–Moonlighting won six Emmy Awards, including Bruce Willis for Outstanding Lead Actor in a Drama Series in 1987. And it won three Golden Globe Awards, including two for Cybill Shepherd for Best Performance by an Actress in a Television Series — Musical or Comedy. Notice how differently the series was categorized by both organizations.

Sung by Al Jarreau and released as a single in 1987, the song Moonlighting reached number 23 on the Billboard Hot 100 list and earned Grammy nominations for Best Pop Vocal Performance, Male and Best Song Written Specifically for a Motion Picture or Television.

While not the success of Moonlighting, Cybill Shepherd headlined 1995-1998 CBS Chuck Lorre sitcom Cybill. She won the Golden Globe for Best Performance by an Actress in a Television Series – Musical or Comedy in 1996, and received three Emmy nominations for Outstanding Lead Actress in a Comedy Series. She also made an attempt in syndicated daytime talk as host of Men Are From Mars, Women Are From Venus in 2000-01 (which unsuccessfully replaced Donny and Marie, hosted by siblings Donny and Marie Osmond). And she had the opportunity to camp it up twice as domestic doyenne Martha Stewart in two TV movies: Martha, Inc.: The Story of Martha Stewart in 2003 and Martha: Behind Bars in 2005.

During the Comedy Central roast of Bruce Willis in 2018, Shepherd said of her former co-star, “Our characters on Moonlighting weren’t much of a stretch. I played a former model, which I was, and he played an asshole, which he is. I know we haven’t had a conversation in 30 years but we’ll always have something more important: residuals.”