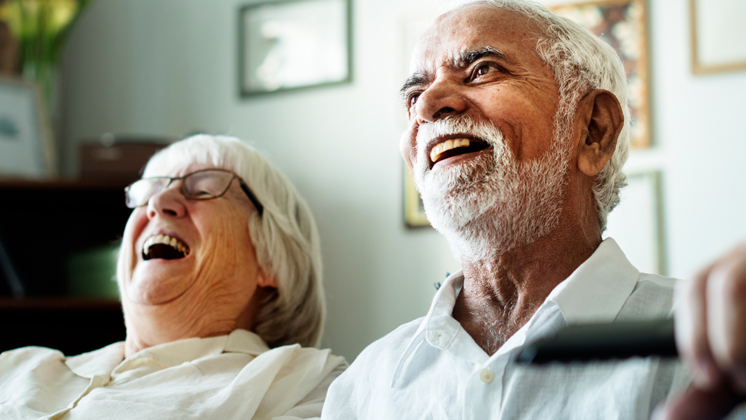 As the ultimate fan of the original Dallas on CBS, I remember spending much of the summer of 1980 contemplating who shot Larry Hagman as that dastardly J.R. Ewing.

On March 21st of that year, audiences across the country were shocked when the evil oil magnate was left to die in his lush office. I was convinced it had to be Jeff Cooper as Sue Ellen’s (Linda Gray) psychiatrist Dr. Simon Elby.

Of course, Mary Crosby as Sue Ellen’s flirtatious younger sister Kristen Shepherd got the honor. That revelation (in an episode titled “Who Done It?” on Nov. 21, 1980) remains one of the most-watched episodes of any series in TV history (with 83 million viewers, according to Nielsen).

But in today’s multi-tier world of original content that populates “Peak TV,” where nothing is left for the imagination, that very same storyline will never be all that big again.

Nor would any of the highly anticipated cliffhangers on the other three popular serialized dramas of the 1980s: Dallas spin-off Knots Landing, Dynasty and Falcon Crest.

That leads me to this nostalgic look at those big TV happenings from yesteryear — both in comedy and in drama — that would just not pack the same punch (or anything at all) in today’s world.

Fortunately for Norman Lear, the audience and the media community in 1975 accepted Franklin Cover and Roxie Roker as Tom and Helen Willis on sitcom The Jeffersons, the first interracial marriage on a regularly scheduled television series.

But they were not as kind three years earlier, in the 1972-73 season, when then-married couple David Birney and Meredith Baxter were featured as newlyweds in the CBS sitcom Bridget Loves Bernie.

Bridget was Irish Catholic, Bernie was Jewish, and members of various religious community were in an uproar over the showcasing of two different faiths under one roof.

Despite finishing ranked fifth overall for the season (tied with the NBC Sunday Mystery Movie and scheduled immediately following TV’s No. 1 entry, All in the Family), the pressure caused CBS to prematurely cancel Bridget Loves Bernie.

In March 1977, ABC comedy Three’s Company offered a different take on the friends dynamic with single Jack Tripper (John Ritter) moving in with two single girls (Suzanne Somers and Joyce DeWitt). That today is certainly nothing unusual. But Jack pretended to be gay to appease landlord Stanley Roper (Norman Fell), whose sex-starved wife Helen Roper (Audra Lindley) was always in search of some action.

With the misunderstandings and sexual innuendos flowing right and left, Three’s Company rose to be one of the top-rated hits of the late 1970s/early 1980s. But not every member of the media community initially was all that accepting of the storyline. And no show with a similar storyline today would resonate like Three’s Company did.

Technically, Vincent Schiavelli as Peter Panama on 1972-73 ABC sitcom The Corner Bar was the first regularly scheduled gay TV character. And 1972 made-for-television movie That Certain Summer, the tale of two men in a relationship (Hal Holbrook and Martin Sheen), is remembered as the first TV movie to deal sympathetically with homosexuality.

But not everyone was accepting of Billy Crystal as a gay man named Jodie Dallas on the same network’s high-profile comedy Soap in the fall of 1977. Various religious organizations publicly disapproved of the subject matter on Soap, which led to some advertisers pulling their sponsorships.

Soap ultimately settled in for a successful four season run, setting the stage for other gay TV characters to appear in other shows.

Regardless, not every station or advertiser was prepared for a 1989 episode of ABC’s relationship drama thirtysomething titled “Strangers.” It featured two gay men in bed after sex, causing a number of advertisers to pull their commericals from the episode. Concerned ABC, meanwhile, chose not to repeat the episode.

Martin Sheen, ironically, is currently featured on Netflix comedy Grace and Frankie, the tale of two unlikely female friends who are brought together after their husbands (Sheen and Sam Waterston) announce that they are in love with each other and plan to get married. In today’s world — straight or gay — anything goes.

The transgender community is finally becoming more accepted and better understood. But decades before Caitlyn Jenner (and the docuseries I Am Cait), or TV shows like Amazon’s Transparent and FX’s Pose (which features the largest number of transgender actors historically in a regular series role), an episode of CBS’ Medical Center tackled the subject. And it is remembered as being one of the most heroic, yet controversial episodes of any TV series.

In this two-part episode of Medical Center in 1975, Robert Reed post-The Brady Bunch played Pat Caddison, a doctor who comes out as transgender and wants to have a sex change operation.

The episode earned Reed a Primetime Emmy Award nomination, and it made headlines for daring to tackle this storyline at a time when it was just not discussed.

These days, any TV series of a prestigious note seems to require some nudity. Even NBC’s beloved and family friendly This Is Us opened in the fall of 2016 with a glimpse of Milo Ventimiglia’s bare butt.

But back in 1993, when ABC’s NYPD Blue dared to feature profanity and partial nudity, 57 ABC affiliates declined to show the debut episode.

Those stations, of course, ultimately did run the Steven Bochco crime solver, which went onto a 12-season run (and plenty more quick glimpses of nudity). That same show in today’s world (and there were recent talks of a revival) would likely debut without any concern.

“Primetime TV has Murphy Brown, a character who supposedly epitomizes today’s intelligent, highly paid professional woman, mocking the importance of fathers by bearing a child alone and calling it another lifestyle choice,” he said.

Flash to January 20, 2009 and Barack Obama, himself the child of a single mother, is sworn in as president.

If you were a fan of ABC’s Dynasty, let me guess what your favorite moments were: those big shoulder catfights between Joan Collins as Alexis, the villainess ex-wife of Blake Carrington (John Forsythe); and Linda Evans as his sweet as sugar (but not to be messed with) new bride Krytle.

“If you want a rematch, just whistle…if you can!,” a stern Krystle tells Alexis after the feathers flew in Alexis’ studio at the Carrington mansion in their first match.

Fans across the country, no doubt, were cheering with delight. But in today’s world of the Real Housewives on Bravo, seeing two actresses in a staged fight is no biggie when you can see these antics (also probably staged) all the time.

Marc Berman is the founder and Editor-in-Chief for Programming Insider. He also covers the broadcasting landscape, at present, for Forbes.com, Watch!, Newspro and C21 Media in London. His prior pieces have appeared in Campaign US, The New York Daily News, Variety, The Hollywood Reporter, The Los Angeles Times and Emmy Magazine, among other outlets.