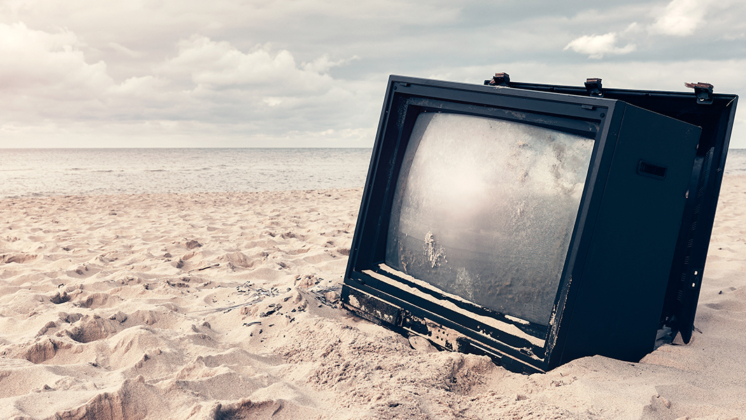 One of my favorite things to do, not surprisingly, is to watch television. Past and present, in all genres, my list of various series runs the gamut from the early 1950s to present day. Not a day goes by where I don’t revisit with one of those evergreen gems from yesteryear.

Unfortunately, not every worthy show over the years was given the lengthy runs it deserves. Due to the lack of episodes, that means you rarely see a one-season entry featured in repeats. That said, my goal this week is to showcase 10 television series that I refer to as “one-season wonders.”

Recent and past, they are all worth discovering or revisiting, and listed here by airdate.

Three seasons before we met Ted Knight as WJM anchorman Ted Baxter on The Mary Tyler Moore Show, Jack Cassidy (David’s father) was featured on sitcom He & She as an egomaniacal actor named Oscar North.

This other fictional Oscar played Jetman, a character created by Richard Benjamin as cartoonist Dick Hollister. Benjamin’s real-life wife Paula Prentiss was his TV wife Paula, who was employed as a social worker; Hamilton Camp was their building handyman; and Kenneth Mars played a firefighter who would often drop in on the Hollisters’ apartment via a plank connected to the firehouse across the street.

Often referred to as an ahead-of-its-time version of The Mary Tyler Moore Show, He & She received five Emmy Award nominations in that single season (with one win for Chris Hayward and Allan Burns for comedy writing). Allan Burns went off to write for MTM. And He & She, which was not compatible with its Green Acres lead-in, is remembered for its 26 episodes of sophisticated comedy that was just not the norm in the late 1960s.

Ignited by the success of American Graffiti on the big screen and Happy Days on ABC, CBS tried to capitalize on the nostalgia craze with 1950s-set serialized drama Sons and Daughters. It was introduced via television movie Senior Year, and it focused on the relationship between two teenagers (Gary Frank and Glynnis O’Connor) and the often-tumultuous situations they were facing.

“Sons and Daughters had the look of a soap opera. But the only way to protect against a prime-time soap opera is very good writing,” said creator David Levinson in an interview that fall. “The only difference between soap and drama is in the writing.”

While the writing on Sons and Daughters (not to mention everything else about it) did indeed warrant interest from this viewer, the series could just not compete with that feel good TV clan named Ingalls on NBC’s competing Little House on the Prairie.

Following the positive returns for aforementioned Little House on the Prairie (which was NBC’s answer to The Waltons on CBS), the Peacock net decided the time was ripe for a new period drama.

Like The Waltons and Little House on the Prairie, love and understanding against all odds was the underlining theme in each episode on The Family Holvak. But opposite The Six Million Dollar Man on ABC and variety hour Cher on CBS, not even the best intentions of this loving and struggling family could survive past 10 episodes.

Following the failure of The Family Holvak, Lance Kerwin was back on NBC, this time as 15-year old James Hunter, a likable teenager experiencing the pains and joys of growing up in the 1970s.

James at 15, based on the made-for-television movie of the same name, focused on the fictional Hunter family as they moved from Oregon to Boston. In an unusual occurrence, James would often lapse into periodic lapse of daydreaming in dream sequences.

One storyline that was no dream, and was quite controversial at the time, was James losing his virginity to a Swedish exchange student (Kirsten Baker). At that point, the series was referred to as James at 16.

Created by the team behind Taxi and Cheers — James Burrows, Glen Charles and Les Charles — All is Forgiven starred Bess Armstrong as a woman in the process of getting married to a man Matt (Terence Knox) with a 15-year old daughter (Shawnee Smith).

At the same time, she was starting work on a daytime soap opera (titled All Is Forgiven). There was a wide selection of kooky characters featured in this show set within a show scenario (including Carol Kane as a spaced-out Southern Belle who is the head writer on the fictional series, and David Alan Grier as the insecure new member of the writing staff).

At the time, Terrence Knox was coming off three seasons on St. Elsewhere as doctor turned rapist Peter White and decided to travel the comedic route. But despite the cushy lead-in support from The Golden Girls, not enough viewers tuned in to give worthy All is Forgiven the lengthy run it deserved.

Based on the three-part miniseries of the same name, Richard Kiley returned as Joe Gardner, the now-widowed father of four adult children racked with the typical problems and situations faced by any family. Amongst the ensemble cast was Sarah Jessica Parker (pre-Sex and the City) as the free-spirited wife to youngest son Sam (David Oliver). With 10 regularly scheduled characters, the amount of stories to tell on A Year in the Life warranted years more than the 25 episodes produced in that one season.

Created by Hugh Wilson (WKRP in Cincinnati), the focus of this comedy was supposed to be on Jon Cryer (pre-Two and a Half Men) as Theodore “Teddy” Zakalokis, a young man working at a Hollywood talent agency. But the standout character was Alex Rocco as Al Floss, the abrasive agent who formerly represented Teddy’s new client.

While the network was hoping to generate interest in The Famous Teddy Z in a crossover with Murphy Brown (with Rocco’s Al Floss the agent for Faith Ford’s Corky Sherwood), viewers just did not take to this funny inside look of the entertainment business pre-HBO’s Entourage. There was talk of a spin-off series with Alex Rocco, but it never surfaced, unfortunately.

Created by the pair behind ABC’s thirtysomething, Edward Zwick and Marshall Herskovitz, My So-Called Life has been referred to as the “most painfully honest portrayal of adolescence ever on television.”

While My So-Life captured the moments of high school joy and angst effectively, 19-episodes was just not enough time allotted for this worthy young ensemble.

Set in 1980 at fictional William McKinley High School, the secret sauce in Judd Apatow’s Freaks and Geeks was the realistic portrayal of these high school characters. They all seemed familiar — sensitive, touching, realistic and humorous. None looked or acted like the typical portrayal of a TV teen at that often-awkward time of life.

And what lasted just 18 episodes remains a testimonial to the notion where less is more; where these then young actors in the caliber of James Franco, Jason Segel, Seth Rogan and Busy Phillips were given their first breaks.

Reminiscent of The Wonder Years, this time with Mary McCormack as the gruff parental figure and five more siblings (all boys) than the Arnold trio, the Irish-Catholic Cleary clan on 1972-set The Kids Are Alright fit right into ABC’s family-friendly theme, (only without the schmaltz.)

The situations felt real, the casting was spot-on, the nostalgia was an addiction, and McCormack as the no-nonsense scheming mother Peggy set this comedy immediately apart from the rest.

Unlike the typical family-themed comedy on ABC featuring those typical smart-mouthed kids, The Kids Are Alright was a welcome alternative. And what particularly stung about its cancellation was the mountain of other comedies that were given a reprieve.