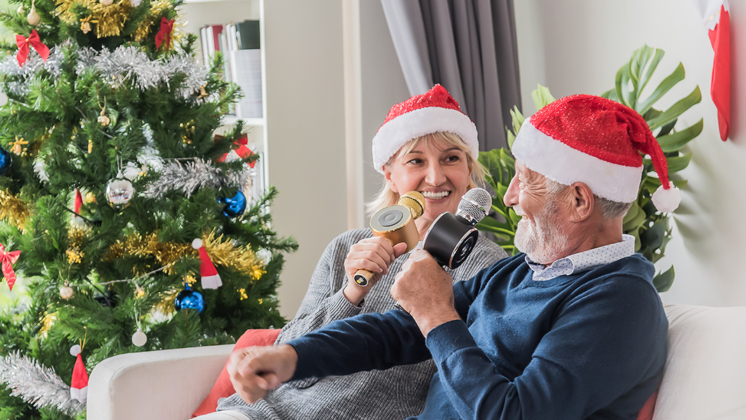 John Legend and Kelly Clarkson have collaborated to redo the winter staple “Baby It’s Cold Outside.” Their version of the song, with new, less controversial lyrics, will appear on an expanded version of Legend’s Christmas album, A Legendary Christmas: The Deluxe Edition.

In recent years, “Baby It’s Cold Outside” has been accused of being sexist, alluding to date rape, and just being downright creepy.

In an era more enlightened about sexual harassment and the pressures women face, some of the lyrics could be interpreted as problematic. The woman being asked to stay clearly states, “The answer is no.” And in one eerie exchange, she asks her male companion, “Say, what’s in this drink?”

Last year, a number of radio stations even went as far as to ban the 1944 holiday standard from their Christmas playlists.

But the song still has plenty of defenders. In one poll in New York City, 95% of respondents voted against banning it.

Last year, a number of radio stations even went as far as to ban the 1944 holiday standard from their Christmas playlists.

Vanity Fair has a different interpretation of the lyrics. As they argued last year, the song “is the story of a woman doing battle — not with a guy who won’t take no for an answer, but with the expectations of a society that won’t take yes for an answer. The most critical word in the whole piece is ‘ought,’ as in, ‘I ought to say no, no, no sir.’ She isn’t trying to fend off advances — she is mouthing excuses so she can ‘at least… say that I tried.'”

Frank Loesser (Guys and Dolls) penned the 1944 version, and his daughter has publicly defended her father’s Oscar-winning song. Susan Loesser told NBC News that though she understands why women now take issue with her father’s lyrics, she thinks “it would be good if people looked at the song in the context of the time. Flirting was a whole different thing back then.”

Legend’s label, Columbia Records, revealed the new lyrics — developed with the help of writer Natasha Rothwell — which go as follows: “I really can’t stay (Baby it’s cold outside)/ I’ve gotta go away (I can call you a ride)/ This evening has been (so glad that you dropped in)/ So very nice (time spent with you is paradise)/ My mother will start to worry (I’ll call a car and tell ’em to hurry).”

Hopefully these new lyrics will help end the war on “Baby It’s Cold Outside,” and people can find something else to argue about. Like this controversial updated version of the alphabet song!