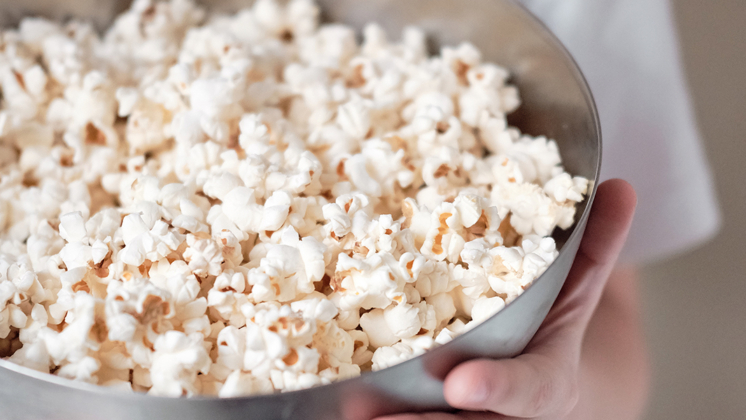 Entertainment trends, especially for kids, seemingly change with the seasons — from the animated toy series du jour, to the new comic book heroes seemingly popping up daily these days — which is perhaps why there is a certain level of comfort and satisfaction in celebrating the longevity of such a classic show like Sesame Street.

A cultural landmark of a show, it has been widely praised for its sensitive and thoughtful approach to children’s programming.

It feels good to see a quality program you or your kids may have grown up with enduring for generations of young children to come.

Sesame Street first appeared on our screens on November 10, 1969. A cultural landmark of a show, it has been widely praised for its sensitive and thoughtful approach to children’s programming.

The show, aimed at pre-schoolers and up, provides children with early childhood education, social and emotional learning, alongside musical numbers and guest stars for parents who may be watching with their children. Best-selling author and journalist Malcolm Gladwell once stated, “Sesame Street was built around a single, breakthrough insight: that if you can hold the attention of children, you can educate them.”

But through 50 years of fun, humor, and songs, Sesame Street has also tackled some delicate topics, such as homelessness, death, foster care, and addiction.

Diversity was not the norm in 1969, but it was on the brownstone-lined Harlem thoroughfare known as Sesame Street. Inclusion has always been a part of its recipe, and it was the first show to feature a Latina actor in a leading role.

Alongside their main broadcasts, Sesame Street founded the Military Family Initiative which was launched 13 years ago. This initiative included special videos such as “Elmo’s dad gets deployed” as well as apps and books to help kids cope with the realities of their experiences.

To celebrate this American classic we have chosen our ten most iconic Sesame Street moments.

Mr Hooper was one of the original humans to appear on Sesame Street. Sadly, the elderly shopkeeper died in 1983, but instead of simply writing the character out, Sesame Street chose to use the moment to talk about death.

In this clip, we watch Big Bird trying to make sense of what has happened to Mr. Hooper, while his human friends gently explain it to him.

2. It’s Not Easy Being Green

Kermit may not be an official resident of Sesame Street but his famous song was originally performed during the show’s first season. It encouraged children to embrace their appearance.

In the song, Kermit laments being green because it’s ordinary, but ultimately realizes that it’s beautiful.

For nearly 15 years, the Snuffleupagus character, based on a woolly mammoth, only existed as Big Bird’s imaginary friend. That was until 1985, when real-world events inspired Sesame Street writers to make him visible to other characters, too.

“In this day of child abuse, we felt it important for children to feel they could talk to adults and be believed,” said executive producer Dulcy Singer. “We didn’t want to do anything to discourage children from going to their parents.”

Snuffleupagus has been real ever since.

In a 1993 episode, Gina has to explain racism to Telly Monster after someone calls on the store’s pay-phone to complain about her playing basketball with Savion.

“Telly, there are just some really stupid people in the world who can’t stand to see when people of different races are friends,” she says. “Because Sav’s skin is brown and mine is white he thinks we shouldn’t be friends.”

Telly responds, “What has color got to do with being friends?” Indeed.

In 1971, Sesame Street cast Sonia Manzano in television’s first-ever Latina leading role, a part she played until her 2015 retirement. And in 1983, the show introduced Rosita, its first green, Latina muppet, at another time when immigration from Mexico was a hot-button topic.

In an interview with CBS, Manzano stated that growing up in the South Bronx she “found comfort watching television” and wanted to provide that safe space for other children.

In 2011, a Muppet named Lily joined the cast when her family was struggling with hunger, and later she was a part of a focus on family homelessness.

In this memorable scene her teacher explains a technique that always make her feel better, an exercise called “Connect The Dots Of Love.”

7. Alex, whose father was imprisoned, was added in 2013 as a way to discuss incarceration

In this 2013 scene, Alex talks with his friends Abby, Rosita, and Sofia about his dad’s incarceration.

Sofia explains: “Incarcerated is when someone breaks the law – a grown-up rule – and has to go to prison.” She also reveals that her dad was incarcerated when she was a child.

In 2015 Sesame Street introduced its first new muppet in a decade, Julia, a groundbreaking new character who is on the autistic spectrum.

In 2018, the CDC determined that approximately one in 59 children is diagnosed with an autism spectrum disorder (ASD), so this representation on Sesame Street was very welcomed by many families.

When Big Bird asks Alan what autism is he responds “Well, for Julia, it means that she might not answer you right away, and she may not do what you expect. Yea, she does things just a little differently, in a Julia sort of way.”

Never one to shy away from the difficult topics, this year Sesame Street tackled addiction on the show.

Karli, a new muppet, has a mom who is struggling with an addiction and attends recovery meetings. Karli is also in foster care with her “for now” parents as they are described.

In this scene, Chris explains to Karli and Elmo about what happens in a recovery meeting and why they are important.

On a lighter note, who could forget this epic cameo in 1998 by Patti LaBelle, aka The Godmother of Soul, singing a gospel version of the alphabet? Truly iconic.

This clip is impossible to watch without popping out of your seat and dancing. The line when she sings “E F” and throws her hands up gets me every time.

Happy birthday, Sesame Street, thanks for so many great memories!