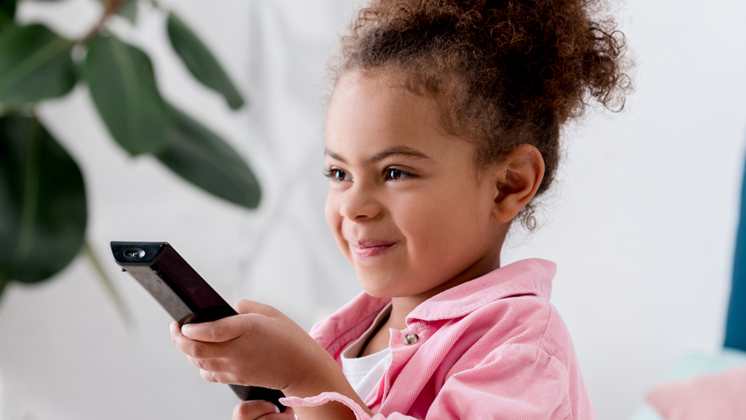 Full disclosure: I was not born when classic sitcom Leave It to Beaver debuted on this day in 1957. But that does not mean that I, or anyone of any age, should not be familiar with the picture-perfect clan called Cleaver, which exemplified the idealized suburban family we all craved.

Like other family-themed comedies of that time (The Adventures of Ozzie & Harriet and Father Knows Best, in particular), love and understanding — and a happy ending — was the recipe for any situation. But what set Leave It to Beaver apart was its perspective, where the comedy focused on life through the eyes of Jerry Mathers (as Theodore “Beaver” Cleaver), who was seven years old when the series began.

In a typical episode, “Beaver” gets himself into some kind of trouble (remember that bad haircut, that goofy outfit his aunt wants him to wear, or when he gets stuck in an advertising billboard with an enormous make-believe cup of soup?), then faces his parents — stern but sensible Ward (Hugh Beaumont) and ladylike June (Barbara Billingsley). By episode end, the situation is rectified, Ward offers some sage advice, and good’ ol June, dressed to the nines, is always ready with some warm parental mothering.

Set in Mayfield, USA (the exact locale was never established), Leave It to Beaver, for six seasons, offered a weekly glimpse into a childhood, and a world, that was pure fiction. Did anyone, after all, have parents that slept in separate beds and never argued? Did your mother greet you every morning dressed to perfection (including that trademark pearl necklace) with a hearty meal? Did your father never once raise his voice to you (or, in that day and age, lift a hand for punishment)?

In this world of innocence, where the boyhoods of “Beaver” and Tony Dow as his brother Wally (who was 12 when the sitcom began) were the focus, Ward and June were not infallible. Parenting strategies (spiced with a mild laugh-track, of course) were often debated.

And then there was that roster of neighborhood kids. Think Larry (Rusty Stevens), Whitey (Stanley Fafara) and Gilbert (Stephen Talbot) for Beaver; and Wally’s buddies Lumpy Rutherford (Frank Bank) and Ken Osmond as the one of a kind Eddie Haskell, who became a cultural reference for his polite insincerity to adults. “Eddie is so polite, it’s almost un-American,” Beaumont as Ward once commented.

Warm and fuzzy on the outside, Leave It to Beaver made its own rules. The children were never talked down to and their viewpoints mattered, the situations always concluded on a calm and sensible note, and a character like Eddie Haskell, a parental kiss-ass and bully to his peers, was the perfect balance to that wholesome Cleaver clan.

The origins of ‘Leave It to Beaver’

At the time of its arrival, everyone’s favorite redhead, Lucille Ball, had recently completed her six-season run on I Love Lucy on CBS. She was downgraded to a series of occasional specials called The Lucille Ball-Desi Arnaz Show (later known as The Lucy-Desi Comedy Hour). Variety-themed The Ed Sullivan Show finished second overall the prior season (behind I Love Lucy), Gunsmoke was the top-rated western, and viewers were glued to the tube for game show The $64,000 Question (prior to the infamous “game show scandal”).

Never finishing any of its six seasons ranked in the Top 30, Leave It to Beaver debuted on CBS in the Friday 7:30 p.m. half-hour (which is when primetime started at the time). It initially aired opposite canine drama The Adventures of Rin Tin Tin on ABC and a half-hour NBC detective series, Saber of London (originally titled Mystery Theater when it debtued in 1951), that only a diehard aging couch potato would remember.

After one low-rated season, CBS opted not to renew Leave It to Beaver. But ABC stepped to the plate, initially moving it to the Thursday 7:30 p.m. anchor spot. Through June 20, 1963 (and in 234 episodes in total), viewers were treated to the progression of Beaver to teenager and Wally as he segued into college. Unlike extablished TV shows at the time, which never had an official conclusion, the final installment (“Family Album”) featured the Cleaver quartet remincising about prior events through a series of flashbacks.

While most series on those current red-hot streamers (like Netflix, Hulu and Amazon) typically offer 8 to 10 episodes per season, television from yesteryear was more generous. Each season of Leave It to Beaver produced 39 episodes. And that means you could enjoy a different episode of this timeless comedy each day, seven days per week, for about eight months!

You can catch reruns weekdays on MeTV.

‘Leave It to Beaver’ revivals

Like any iconic series, just because the original series ended did not mean it was necessarily “over” for the Cleavers. The cast (minus Hugh Beaumont, who passed away in 1982), reunited in 1983 for CBS made-for television movie Still the Beaver.

In the revival, Beaver and his two sons (Kip and Oliver) move back home to Mayfield after his wife kicks him out.

Wally is married to a lawyer named Mary Ellen and has a daughter named Kelly and later a son named Kevin; Beaver and his two sons (Kip and Oliver) move back home to Mayfield after his wife kicks him out; and then there is Eddie Haskell, who has a smarmy and oily son of his own.

After a positive reception, the sitcom was revived as The New Leave It to Beaver (also known as Still the Beaver). It aired on Disney Channel from 1984 to 1985, and then on TBS from 1986 to 1989. Diane Bewster returned for four episodes as Beaver’s former teacher, Miss Canfield. And familiar faces like Frank Bank as Lumpy, Rusty Stevens as Larry Mondello and Rich Correll as Richard Rickover also guest-starred.

Throughout Still the Beaver and The New Leave It to Beaver, of course, was Barbara Billingsley as now the “perfect” Grandmother June.

In 1997, Leave It to Beaver was remade for the big screen in a comedy with Cameron Finley as Beaver, Erik von Detten as Wally, Christopher McDonald as Ward and Janine Turner as June Cleaver.

Think you are a Leave It to Beaver expert? Let’s just see how much you know.

1. Several sources say Jerry Mathers appeared, uncredited, in a 1953 episode of I Love Lucy (“Ricky’s Old Girlfriend”). He sits on Lucy’s lap as she dreams about Ricky’s old gal pal, Carlotta Romero. It sure looks like a young Mathers, but Mathers says it’s not him. “Although the young boy with Lucy in the dream sequence may resemble me,” Mathers wrote on his Facebook page, “I never appeared in an I Love Lucy episode.”

2. The pilot episode of Leave It to Beaver (which was refered to as It’s a Small World) aired on the anthology series Studio 57 on the long defunct DuMont network on Aptil 23, 1957.

3. The part of Frankie in the pilot was played by a young Harry Shearer (from Saturday Night Live fame and now, of course, his voice on The Simpsons).

4. All in the Family on CBS is known as the first TV series to feature the sound of a toilet flushing. But it was Leave It to Beaver that showed part of a toilet onscreen. It was in the second episode (Captain Jack, originally telecast on Oct. 11, 1957), when Wally puts an alligator in the toilet tank.

5. Richard Deacon, who played Frank Rutherford (Lumpy’s father), was not seen as much in the finale season of Leave It to Beaver because of his role as Mel Cooley on The Dick Van Dyke Show.

7. Unlike other shows where cast members come and go, Jerry Mathers, Tony Dow, Hugh Beaumont and Barbara Billingsley each appeared in all 234 episodes of Leave It to Beaver.

8. The exterior shots of the house on ABC 1969-76 medical drama Marcus Welby, M.D. was the same home featured in seasons three and beyond on Leave It to Beaver.

Finally, since I like to personalize my ties to my long list of beloved classic series, the year was 1988 and I was at the annual National Association of Television Program Executives (NATPE) conference in Houston. It was my first of many such gatherings that I attended and, after a picture-taking opportunity with the cast of The Golden Girls, there was Barbara Billingsley dressed in those signature pearls handing out cookies. Also present was Jerry Mathers and Tony Dow, who were also there to represent The New Leave It to Beaver in off-network.

Even now, at age 71, Jerry Mathers is still — and will always be — the “Beaver” And, damn, those chocolate chip cookies from good ‘ol Mrs. Cleaver were sure good!

You Are My Sunshine song lyrics

Full lyrics to “You Are My Sunshine” - first recorded in 1939 by Jimmie Davis and Charles Mitchell.