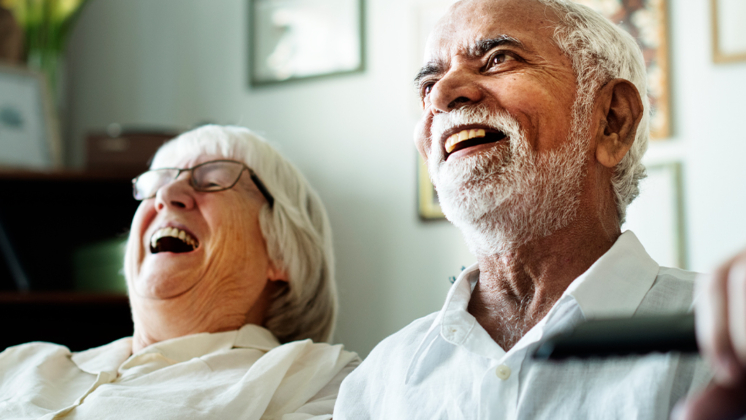 Yes, you read the title right. And, no — beloved Betty White was not at the Jacob Javits Center in New York City for Comic Con 2019 dressed as Wonder Woman or Batgirl.

But, among the endless array of DC Comics and Marvel superheroes this past weekend, not even Batman or Superman, The Incredible Hulk or the Justice League, Arrow or The Flash, and Aquaman or Batwoman, could compare to The Golden Girls — Rose (Betty White), Dorothy (Bea Arthur), Blanche (Rue McClanahan) or Sophia (Estelle Getty) — on that endless array of merchandise for sale.

The Girls were everywhere. Dolls, t-shirts, socks, pictures, mugs, shot glasses, books, games, magnets, air fresheners and, of course, in those Funko Pop action figures with the oversized heads. There was even a Golden Girls Cross Skitch kit where, according to the instructions, you can “learn to skitch 12 designs inspired by your favorite sassy seniors!”

Sure, there were items for sale for other TV series — Stranger Things, The Walking Dead and The Big Bang Theory, to name a few. But, given the penchant for the networks and sponsors — and society in general — to devalue anyone of a certain age, what exactly is the newfound attraction of these four older women? (The one surviving cast member, Betty White, who is the definition of “cool” at age 97.)

Target is already pre-selling Golden Girls Halloween costumes. ABC Studios has named July 30th “Golden Girls Day,” which coincides with National Cheescake Day (the ladies’ favorite treat, of course). And next year, a Golden Girls–themed cruise will launch from Miami, where the sitcom was set.

Described as a “once-in-a-lifetime gathering,” the five night cruise will incorporate a Golden Girls bar crawl, a fancy dress party and dinner, a bingo night and a karaoke party at the fictional Rusty Anchor, where Blanche would go to meet men on the show.

Is a Golden Girls revival sitcom next? Will the sale of cheesecake start to increase?

Picture it: Saturday, September 15, 1985. After a summer of anticipation, where a world without social media was still abuzz with high expectations for this tale of four senior women, the pilot episode introducing Rose, Dorothy, Blanche and Sophia found an immediate spot among the most-watched shows on the three broadcast networks.

“We were all widows, but not lonely. And we were women to be valued and cared about, not cast aside, and an important part of society.”
–Betty White

Twenty-five million viewers tuned in for a glimpse, which ultimately resulted in a seven season run, 11 Emmys, Emmy wins for each of the principal stars (only three television sitcoms historically has accomplished that, including All in the Family and Will & Grace), and four women who became the poster children (or poster seniors, perhaps) for why age should still be valued.

“We were four active, vibrant, funny women, three of whom were still working and all who dared to still have an active sex life,” I recall Betty White telling me for an interview I did with her for Mediaweek magazine in 2010 (just after she began her six-season stint on TV Land’s Hot in Cleveland.) “We were all widows, but not lonely. And we were women to be valued and cared about, not cast aside, and an important part of society.”

Nicknamed “Miami Nice” (NBC detective drama Miami Vice was a top-rated series at that time), the core to the comedy was the relationships between the women. “We had a bond on screen,” White recalled. “I do think viewers could relate to that, whether you were young or old…or in-between. And we were not afraid to tackle issues.”

Such issues included illness, suicide, sexual harassment, AIDS, anti-Semitism and the LGBTQ community, and the tone was not preachy. It was matter of fact, and it is still relevant in society today.

“If anything, the success of The Golden Girls should signal the floodgates opening for more concepts of this kind,” White told me.

While CBS did successfully capitalize with the concept care of a younger aged version called Designing Women (which also aired for seven seasons), there was never a surge in programming featuring older characters. Not then, and certainly not now. So, why the suddenly renewed interest in a sitcom that premiered 34 years ago featuring this older demographic?

The easy answer, perhaps, is the quality of the sitcom, which like any half-hour series known for the stellar caliber of its writing, production and performances tends to have an unlimited shelf life. Think of evergreens like I Love Lucy, The Honeymooners and The Odd Couple; and more modern classics like Cheers, Friends and Seinfeld.

But then there was the arrival of The Golden Girls on Hulu in February 2018, with all 180 episodes available for streaming all at once. Millennials not familiar with the series may have discovered it a la this streamer. And two years earlier, in 2016, was best-selling tribute book Golden Girls Forever: An Unauthorized Look Behind the Lanai, written by Jim Colucci.

“One of the maxims of television and film is that one of the ways to be universal is to be specific, and the more specific you are with your characters, the more universal it becomes,” said Jim Colucci in an interview with Los Angeles Review of Books in 2017. “By making them older women, that makes them specific. We feel we know them. We feel we know a Dorothy in our lives or we know a Rose or a Blanche.”

“We certainly have grandmothers,” he added. “We have mothers. Whoever we are, we know those people. When they tested the show, little kids wanted to watch this show about old ladies because they found Sophia to be such a kick. So, they knew early on that The Golden Girls was going to be an across-the-board hit. And it still is.”

For a baby boomer like myself, who recalls watching The Golden Girls during its original run, my fascination — then and now (and as someone who now qualifies to be a “Golden Boy”) — is within the characters and the storytelling. They still resonate. And for the newfound youthful fans of today, who have discovered this ageless gem, the appeal is certainly universal.

Since no feature about a timeless classic TV series is complete without some trivia, here are 10 interesting tidbits about The Golden Girls.

1. Actress Lee Grant was the first choice to play Dorothy. Grant previously starred in NBC sitcom Fay, which was also produced by The Golden Girls creator Susan Harris and aired for just 10 episodes in the 1975 to 1976 TV season. Despite the short tenure for Fay, Grant was nominated for an Emmy for Outstanding Lead Actress in a Comedy Series (but lost to Mary Tyler Moore).

2. Estelle Getty was actually one year younger than her TV daughter Bea Arthur. When The Golden Girls began, Arthur was 63 and Getty was 62. The senior member of the quartet was Betty White, who was four months older than Arthur. Rue McClanahan was a young 51 when the sitcom launched.

3. Originally, Sophia was created as a recurring role. The plan was for Sophia to visit Dorothy from her retirement home Shady Pines. But after the pilot, it was obvious Getty was destined to be one of the “Girls.” The producers, meanwhile, envisioned Betty White as Blanche and Rue McClanahan as Rose given their previous roles on The Mary Tyler Moore Show (White as vixen Sue Ann Nivens) and Maude (McClanahan as Vivian Cavender Harmon). But pilot director Jay Sandrich decided to reverse their roles.

4. The pilot of The Golden Girls featured a fifth character, gay chef Coco, played by Charles Levin. But when Estelle Getty was upgraded to a series regular, the producers decided to drop Coco. At the time, Levin had recently completed his two-season role as Vera’s (Beth Howland) boyfriend and eventual husband Elliot Novak in CBS sitcom Alice.

5. Bea Arthur and Rue McClanahan co-starred together on CBS sitcom Maude, which aired from 1972 to 1978 (see above). Betty White and Rue McClanahan appeared together on sitcom Mama’s Family (see below), which was canceled by NBC after two seasons in 1984. When Mama’s Family was revived in first-run syndication in 1986, both were then unavailable because of The Golden Girls (although White returned as a guest star in one episode).
Jack Gilford, meanwhile, who guest-starred on both The Golden Girls and Mama’s Family, appeared opposite Rue McClanahn in two episode failed ABC sitcom Apple Pie in 1978.

6. While the premise of The Golden Girls was original from the standpoint of the age of the characters, the first TV sitcom to focus primarily on four female friends was NBC’s The Facts of Life (featuring Lisa Whelchel as Blair, Mindy Cohn as Natalie, Kim Fields as “Tootie” and second season cast addition Nancy McKeon as Jo). Originally, there were seven girls on The Facts of Life (including Molly Ringwald prior to her teen queen movie fame).

7. The kitchen set on The Golden Girls, which featured all those cheesecake gatherings, was originally seen in another Susan Harris sitcom: It Takes Two. That series, which aired on ABC from 1982 to 1983, featured Patty Duke and Richard Crenna as a modern day couple grasping with their lives and their careers.

8. The Golden Girls finished six of its seven seasons ranked among the Top 10 programs in all of primetime. Its peak ranking was No. 4 overall in the 1987-88 season (behind The Cosby Show, A Different World and Cheers, which were all on NBC and on Thursday).

9. Common consensus is that sitcom Empty Nest, which aired on NBC from 1988 to 1995, was a spinoff from The Golden Girls. While the producers did test out a potential spinoff as a backdoor pilot in 1987 called Empty Nests (with Rita Moreno and Paul Dooley as the girls’ neighbors), that concept never made it to the airwaves. “Filming that pilot was the worst experience I had in my career,” Rita Moreno once told me.

While the characters of the Westons on Empty Nest (played by Richard Mulligan, Dinah Manoff and Kristy McNichol) did live next door to Rose, Blanche, Dorothy and Sophia there were not introduced before the sitcom debuted. Hence, it was not a spinoff.

10. Oddly, after the cancelation of one season Golden Girls spinoff The Golden Palace in 1993 (which aired on CBS because the network ordered a full 22-episode season instead of the 13 NBC ponied up), Estelle Getty as Sophia was suddenly making regular appearances on Empty Nest. Yet, the premise behind The Golden Palace was Blanche selling her home and the now trio (Rose, Blanche and Sophia) investing in and moving into a Miami hotel (complete with Don Cheadle and Cheech Marin). Sophia, it seems, was back living in Shady Pines.

As I now personally hunger for a binge viewing sitting of The Golden Girls, I do think there is only one way to end this feature. All together now…