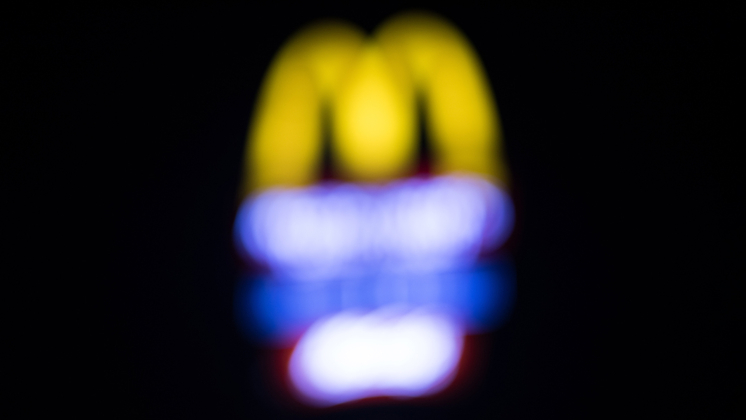 To celebrate the 40th anniversary of the Happy Meal this week, McDonald’s is reintroducing 15 toys from the archives.

From November 7th through the 11th, McDonald’s will sell a “Surprise Happy Meal” in 90 countries that will include the throwback toys. Some of these toys include the Hamburglar, Grimace, a Furby, Hello Kitty, one of the Beanie Babies, and the Tamagotchi.

A choking hazard? Maybe. A trip down memory lane for Gen Xers and Millennials? Most definitely.

The McDonald’s Happy Meal has its roots in the mid-70’s, and perhaps surprisingly, not in America as you might expect.

The idea for the children’s meal actually grew out of a concept that came from a McDonald’s franchise in Guatemala. Yolanda Fernández de Cofiño was operating several restaurants in the country with her husband when she created what she called the “Menu Ronald” (Ronald’s Menu in English.)

Menu Ronald offered a hamburger, small fries and a small sundae to help mothers feed their children more effectively while at McDonald’s restaurants.

The concept was eventually brought to the attention of McDonald’s management in Chicago, and development of the product was handed to Bob Bernstein, who then came up with the idea for the Happy Meal as we know it today.

Bernstein developed the concept adding a surprise gift into the mix. He asked his creative team to make a mock-up of some paperboard boxes fashioned to resemble lunch pails with the McDonald’s Golden Arches for handles.

It was originally known as “The Circus Wagon Happy Meal” and some of the early toys included a stencil, a wallet and a spinning top. Later, the Happy Meal toys were themed to promote family movies, like the The Little Mermaid in 1989.

Since the inception of the Happy Meal, McDonald’s has become the largest distributor of toys in the world. Each year, McDonald’s distributes 1.5 billion toys worldwide. That’s more than Hasbro and Mattel. As a matter of fact, approximately 20% of all sales at the restaurants include a toy.

Though we may think of the Happy Meal as an American classic, franchises all over the world have put their own spin on the kid’s meal.

In India for example, there are no hamburgers on the menu, instead they have the McAllo Tikki, which has a potato and pea patty topped with vegetable sauce, ketchup, tomatoes, and onion.

In Israel, a Happy Meal may include corn sticks – crispy goujons that look like mozzarella sticks but filled with a creamy filling and “real corn pieces.”

In 2012, they made the french fries portion smaller, and added fruit, and yogurt options. And in 2013, milk and juice became beverage choices alongside the regular soft drinks.

In 2004, McDonald’s decided that maybe kids were having all the fun, and announced the launch of the grown-up Happy Meal known as the Go Active! Adult Happy Meal.

Never heard of it? There may be the reason for that. McDonald’s designed the adult Happy Meal to promote “the importance of food/energy balance.”

The meal included a premium salad and a bottled water, and for the “toy,” a stepometer. Yeah, not exactly a cheeseburger and a kaleidoscope is it?

After the Go Active! failed to activate, McDonald’s tested a similar product in 2015 called Mini Meals. These consisted of smaller portions of the classics, but without the toy thrown in, because, well, what adult wants a toy anyway?

Though, I suppose it depends on what kind of toys we’re talking about. Burger King decided to take the toys-in-meals game to a sexy new level.

On Valentine’s Day in 2017, Burger King restaurants in Israel became an unexpected one-stop-shop for a romantic dinner and a special after dinner treat. The meals contained two Whoppers, two servings of French fries, two beers and an “adult toy.” And they say romance is dead.

So, time to relive your youth (or child’s youth) and head to the drive-thru for a trip down memory lane, with a side of fries, of course. I’m lovin’ it.