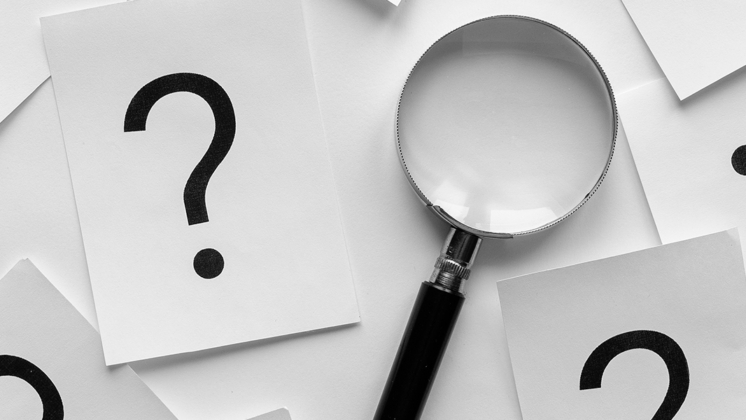 My father was always a lover of facts. Every Sunday at lunch he would reel off a list of them. We had to guess which were true and which were false.

Often the facts that sounded highly improbable were the truisms. One of his favorites was the fact that Neil Armstrong had made a mistake when he uttered that famous line after taking his fateful step onto the moon. What Armstrong was told to say (and should have said) was, “That’s one small step for A man, one giant leap for mankind.”

Armstrong himself actually claimed that’s what he did say (“That’s the only way the statement makes any sense,” Armstrong told biographer James Hansen.) Of course we all know we heard something different.

In the spirit of a Sunday lunch with my dad, here are 10 facts that sound completely false, but are in fact 100% true.

1. People were on the moon before they put wheels on suitcases

Keeping with the space theme here, we all know that the moon landing occurred on July 20, 1969. But the first patent for wheels on luggage was issued in 1972.

All this innovation was occurring in the 1960s, as the Soviets and Americans battled it out in the space race. Yet if we look at the broader social context, we can see clues that reveal why wheels on a suitcase were not such a priority. Travel was much more of a luxury back then, and only the wealthy could afford to travel frequently.

The whole experience of traveling had an air of glamor and those who were fortunate enough to travel frequently didn’t carry their own bags — that was the job of the porter. With the democratization of air travel in the 1970s came the invention of wheeled luggage. Necessity is the mother of invention after all.

“Off with his head.” No, really. Capital punishment in the UK has been outlawed officially since 1998 and unofficially since 1969, but it happened in several stages. The last executions by hanging took place in 1968.

However, some crimes did still qualify for the death penalty, including espionage and treason among others. Beheading was abolished as a method of execution for treason in 1973. Hanging, however, remained available until 1998 when, under a House of Lords amendment to the Crime and Disorder Act 1998, the death penalty was abolished for treason replacing it with a discretionary maximum sentence of life imprisonment.

The last time France used the guillotine was September 1977, when Hamida Djandoubi was executed after murdering his girlfriend.

3. Harry Potter has been translated into ancient greek

The Harry Potter books have been translated into 60 languages worldwide — and one of those is Ancient Greek.

Back in 2001, The Daily Telegraph revealed that a Latin translation of the first Harry Potter book was in the works by Peter Needham. Not to be outdone, Andrew Wilson, a retired classics teacher from Bedford, England, created the Ancient Greek version in 2004. His aim in doing so was “to recreate a version of the book which would make sense to a Greek from any era up to the 4th century AD.”

Wilson also commented, “This language has not been used in this form for around 1,500 years and I am pretty sure this will be the longest text written in it since that time.”

4. Maine is the closest US state to Africa

Huh? But it’s so far north, this makes no sense! Most people would expect Florida to be the closest. Extending out into the Atlantic, Florida is the most southeastern state, after all. But Maine is almost 1000 miles closer.

5. Jacks and Jills were once a unit of measurement

Before the introduction of the metric system in Great Britain, the standard single measure of spirits in a pub was a gill or jill. Half of a jill was a jack, or an eighth of a pint. Confused? So was everyone else, which is why the metric system was brought into being in 1965. As a bonus fact, did you know that there are only three countries in the world that still refuse to make the leap over to the metric system? Liberia, Myanmar, and the United States.

6. There’s a species of shark that can live for around 500 years

We’re going to need a bigger boat. According to Science Daily, Greenland sharks live at least as long as 400 years, and they reach sexual maturity at the age of about 150. Analysis suggests they live an average lifespan of 272 years. However the two largest sharks in this study were estimated to be roughly 335 and 392 years old. Based on this evidence the Greenland shark is the oldest-known vertebrate to roam the Earth. Terrifying.

7. Pineapples were so expensive people once rented them as fancy decorations

Though the debate rages on as to whether pineapple belongs on pizza, there was another place that people wanted a pineapple to reside — their homes.

In the American colonies in the 1700s, pineapples were imported from the Caribbean islands, and were very expensive — one pineapple could cost as much as $8000 in today’s money. Insanity.

The fruit evoked such jealousy among the lower classes that colonial confectionery stores and pineapple merchants would rent the pineapples out. When they were done, the same fruit was then sold to more affluent clients who could afford to eat them.

Interestingly enough, the pineapple-as-ornament has made a comeback in recent years, with the pineapple shape being used to render lamps, ornaments and even wallpaper.

8. More time separates Tyrannosaurus rex from the Stegosaurus than the T. rex from humans today

Another animal we need to discuss is the beloved giraffe. Giraffes are herbivores and generally live off of the leaves and twigs of acacia, mimosa, and wild apricot trees. But they can often be seen in the wild chewing on the bones of dead animals.

They do this because when nutrients are lacking in their normal daily diets, giraffes become nutritionally stressed, and they then seek out bones to gain the phosphorous and calcium their bodies require. Bones are manipulated in and out of the mouth by the tongue while being sucked and chewed.

This behavior is known as osteophagy. Osteophagia means the “feeding of bones.” The bones aren’t swallowed, but dropped once the nutrients have been extracted. So in theory, you could play fetch with a giraffe. You might get a few odd looks down at the dog park but hey, haters gonna hate.

10. Oxford University is older than the Aztec Empire

It’s not always easy to gauge historical timelines across different parts of the world. For example, the last execution by guillotine happened the same year Star Wars came out. The Aztec Empire was founded in 1428 and the University of Oxford was founded in 1096.

Despite this crazy fact, Oxford University is not the oldest university out there — India’s Nalanda University had already operated for hundreds of years and been burnt down by invaders before Oxford set up as a school.