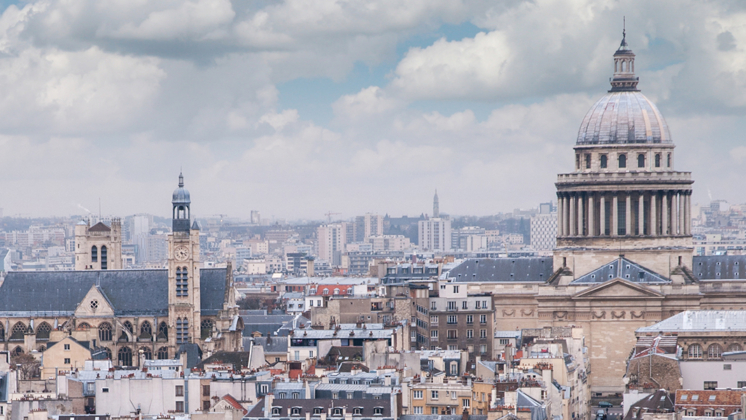 As the spring begins to stir and winter’s grasp releases, our minds may wander to thoughts of exploring foreign lands. One city that holds plenty of romance for travelers is Paris, the city of lights.

The first time I saw the Eiffel Tower I was 20 years old and found the sight breathtaking. Sitting on the steps of the Sacre Coeur, pain du beurre in hand, and looking out over the hazy city, I watched as the sun set across the rooftops. It appeared like something out of a postcard. Someone nearby was playing an accordian, a couple were dancing and then, out of nowhere, someone tried to steal my purse.

Like the sound of a needle being pulled from a record, I was jolted back into reality. Yes Paris, lovely as it is, is a city just like any other — tough, gritty and not always pleasant.

While it wasn’t fun to be ripped out of my fairytale and plonked back into the real world, it certainly didn’t require me to be hospitalized. But the same can’t be said for those suffering with Paris Syndrome.

This condition, simply put, is a collection of physical and psychological symptoms experienced by first-time visitors to Paris who realize that the city isn’t, in fact, what they thought it would be.

Common symptoms include acute delusions, hallucinations, dizziness, sweating and feelings of persecution. Curiously, the syndrome seems to disproportionately affect tourists from Japan. Professor Hiroaki Ota, a Japanese psychiatrist working in France, is credited as the first person to diagnose the condition in 1986.

The cause of the syndrome seems to be the way Paris is depicted in movies and magazines, especially in Japan. The general representations of Paris in the media are fairly limited. Think of the comic book Madeline, the petite young girl with her perfectly sweet black hat. Or the delightful movie Amelie, where our protagonist spends her days in a coffee shop and her nights watching over the streets of Paris from her perfect little apartment.

Think of images of slender women in Breton-striped t-shirts and Hermes head scarves on bicycles, baguettes and flowers bursting from their baskets. Think accordion players and mimes. Indeed, we may also imagine the entire city to be spritzed with Chanel No.5. But all of this is, of course, a totally romanticized representation. When the fantasy crashes into the reality, the cognitive dissonance can be too much.

Paris is a city like any other. It has its share of social inequality, housing projects and crime — not to mention locals and waiters who aren’t too friendly. In France (like most countries in Europe), waiters are paid a living wage and do not rely on tips. This means they are generally less attentive than American waiters or waiters from the movies.

All this can lead to those feelings of persecution previously mentioned, when tourists realize that no one is falling in love with them. Moreover, Parisians don’t really care about them at all — or anything, it seems. (It’s no coincidence that the word nonchalant is French.)

Some cities, like New York, publically embrace their diversity. There’s Sex and the City for glittering escapism and NYPD Blue for showcasing the grittier side of life. But Paris is often only depicted through the lens of one particular cultural fantasy.

For sufferers of Paris Syndrome, the shock of learning the truth about Paris — a city indifferent to their presence that seems nothing like their imagination — launches some tourists into a psychological meltdown which, on certain occasions, has necessitated the patient to be hospitalized or flown back to his or her country of origin.

Being removed from Paris, along with bed rest and hydration, seem to take care of the problem within a few days.

The Japanese Embassy has reported several cases of people who, in the throes of an episode, call or visit them to be reassured that the city is not going to collapse around them.

Paris is not the only city to have this “culture shock” effect on its visitors. Jerusalem has its own syndrome. But in the case of the holy city, the reactions seems to have a religious thread running through them.

Some examples of Jerusalem Syndrome include: a Canadian tourist who believed he was the Biblical strongman Samson and tried to tear stone blocks out of the Wailing Wall. An Austrian man who flew into a rage in his hotel kitchen when staff refused to prepare the Last Supper for him. And an Irish schoolteacher who came to a Jerusalem hospital convinced she was about to give birth to the Baby Jesus when in fact she was not even pregnant.

Israel’s health ministry records around 50 cases a year where a tourist’s delusions are so strong that police or mental health professionals are forced to intervene. Many more incidents go undocumented on the streets of Jerusalem’s Old City.

As my school principal in England once said, “Whatever your expectations are of life — lower them.” Wise words (and very British). But it’s also great advice if you plan to travel to either of those places.

I hope this article won’t put you off visiting Paris. I’ve been many times over the years and j’adore. Just make sure your expectations aren’t too fantastical — it could be bad for your health and that would be très dommage.