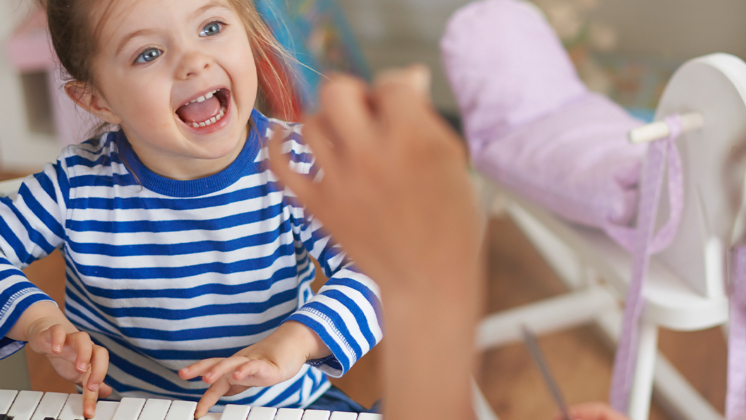 No idea what we’re talking about? You might want to check out one of the viral YouTube variations of this classic camp anthem that’s been viewed 3.3 billion times already. (We apologize for getting the tune stuck in your head for the rest of the day.)

Pinkfong’s melodic updates might remind you of the Jaws opening theme song. He actually sampled Dvořák’s Symphony No. 9.

Where did Baby Shark come from? Pinkfong, a South Korean educational brand, can take credit for the song’s most popular YouTube iteration and its emergence into the Billboard Hot 100.

Pinkfong is responsible for remixing the original camp tune, adding a new beat and melody, and translating the song into eleven languages before posting their version on YouTube in June 2016.

Pinkfong’s version found itself front and center in the 2018 social media challenge #BabySharkChallenge, which prompted people to film themselves dancing to the bop. Celebrities like Ellen DeGeneres and Kylie Jenner participated, skyrocketing the song’s popularity.

Pinkfong’s melodic updates might remind you of the Jaws opening theme song, a common thematic misconception. Pinkfong actually sampled phrases from Dvořák’s Symphony No. 9 which belongs to the public domain.

Somewhere along the way this mix of camp chant, famous classical symphony, bright funky video, and Instagram challenge combined to make what is apparently the perfect recipe for toddler song virality.