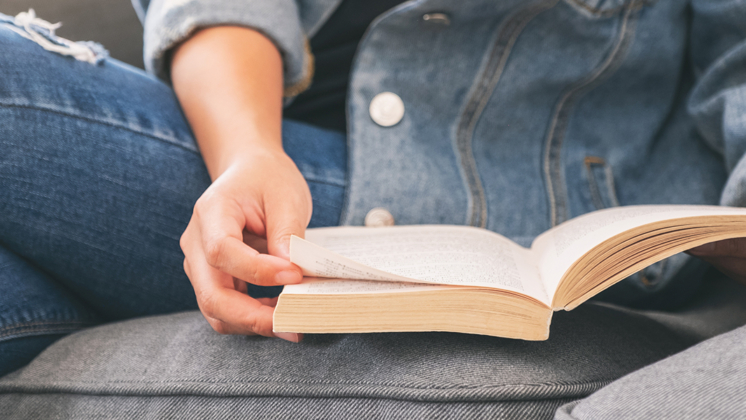 The weather is heating up, and so are plenty of the bookshelves of plenty of romance-novel fans — no matter their age.

Steamy romance novels aren’t just full of lust stories between tanned 20-something girls and rugged gents with washboard abs — there are plenty of fiery reads that are aimed at an older population.

There are plenty of fiery reads that are aimed at an older population.

In fact, 43% of romance novel readers are age 45 and above. What’s more, many of these older readers compare notes on the Seasoned Romance Facebook page and a curated Goodreads section for those who like their spice well-aged.

If this includes you, and you’re wondering where to turn for your next summer treat, here are the five hottest books to dive into this season.

The Women of Willow Bay by Nan Reinhardt

This series of four hot novels that all take place in Willow Bay, Michigan, is a perfect deep dive for the older reader. Book One, entitled Once More From the Top, is the story of bar piano player Carrie Halligan and her torrid affair with her former fling (and the father of her adult child) Maestro Liam Reilly, who shows up to conduct the local symphony after years away from town.

If you’ve got a musical bone in your body, this one’s right up your alley.

The Will (Magdalene #1) by Kristen Ashley

The first in Ashley’s Magdalene novels, The Will follows globetrotter Josephine Malone, who meets retired boxer Jake Spear in a remote town during her travels.

Spear has a habit of making terrible romantic choices, and Josephine wants nothing to do with him. However, fate (and Josephine’s well-meaning grandmother) just can’t seem to keep them apart.

Gifts (The Killers #3) by Brynne Asher

One of Asher’s Killers series, Gifts is the story of determined, overworked single mom Keelie Lockhart who’s doing her best to keep her farm and family afloat.

The last thing she has time for is a man, but Asa Hollingsworth shows up to help around the farm in perfectly fitting faded jeans and work boots and might just have to change that.

A Change in Tide (Northern Lights #1) by Freya Barker

The first installment in the Northern Lights series A Change in Tide puts protagonist Mia in a dire situation: When an accident leaves her blind, the only way she’s able to cope a world that’s suddenly too loud and fast is to leave her city life for a remote cabin in the woods.

Her plan is to recuperate and heal, but she catches the eye of Jared, a former athlete whose career-killing injury led him to settle across the lake from Mia’s place of respite. Individual tragedy set the scene, and mutual curiosity just might bring them together

Time and Forever by Susan B. James

A perfect book for those who’d like to add a little adventure and sci-fi to their romance pick, Time and Forever tells the story of friends Sherry and Lorena. Sherry is yearning for a second chance at love in her later years, and Lorena thinks she’s crazy even to hope for such a thing.

But a glitch in a virtual-reality adventure game sends them back to the year 1969, and suddenly the women’s ideas of the possible are turned on their heads.