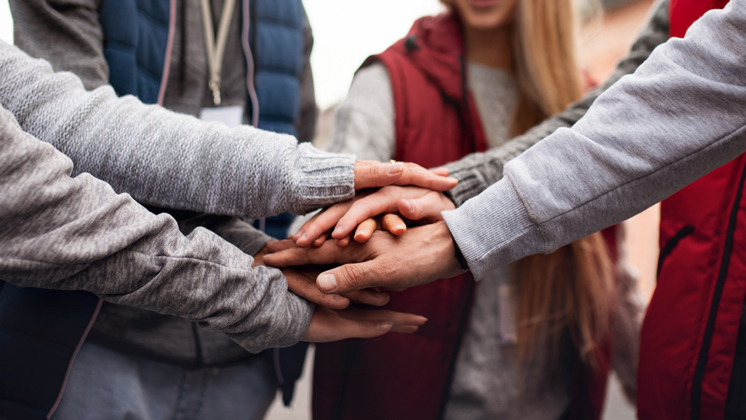 Giving back is always a good thing, whether it’s by donating time to local charities, or writing checks periodically, or doing one or both in one fell swoop at the end of the year.

What you may not realize is that if you give year-round, you not only benefit the folks to whom you lend a helping hand, but you help yourself as well.

A large and ever-growing body of research suggests that giving can have huge benefits for the giver, mentally and physically.

And the older we grow, the more advantages we’re likely to see.

Teaching English to new immigrants? Walking shelter dogs? Raising cash for a community center? However you’re doing it, giving back does wonders for your brain.

Volunteering is especially valuable for mental health, researchers have found, in part because it teaches us skills and connects us to others within our communities.

Committing your time can also give you a sense of purpose—essentially, a reason to get up in the morning. If you’ve stopped working or have grown children, the effect may be amplified.

Perhaps best of all, volunteering helps ward off loneliness, which is linked to a long list of health complications, including a higher risk of Alzheimer’s disease and heart problems.

No time to volunteer? Giving money can improve your outlook, too, “so long as there is a degree of sincerity and authenticity about it as a gift,” says Dr. Stephen Post, director of the Center for Medical Humanities at Stony Brook Medicine.

Research shows we’re happier spending money on others than on ourselves. In fact, our brains may be stimulated just by thinking about altruism.

In a 2017 Swiss study, scientists gave 50 people 100 Swiss francs each. Half were told to spend them on someone else, while the other half were told to buy for themselves.

Subsequent brain scans showed people who agreed to spend on others were happier. They also gave more over the course of the experiment.

Multiple studies have found that older people who give their time—even just informally—actually live longer than those who don’t.

There have also been numerous studies linking volunteerism to robust health.

It may also lower the risk of high blood pressure: One study published in the journal Psychology and Aging found that adults over 50 who volunteered at least 200 hours the year prior were 40% less likely to develop hypertension than those who didn’t volunteer.

Dr. Sneed, the lead author of the study, thinks that part of the reason may be that volunteering tends to involve physical activity, which improves cardiovascular function.

“It is also possible that doing volunteer work reduces stress, a known risk factor for hypertension,” she says.

And giving money works, too. A 2016 article in Health Psychology examined a pair of studies connecting the two. The first found the more cash people devoted over two years, the bigger the drop in blood pressure. The second discovered that after three weeks, people who spent money on others had lower blood pressure than those who used it for themselves.

Get the most out of giving

To get the greatest boost for your do-gooding efforts, follow these simple rules.

Consider your motivation. One study cited by the American Psychology Association found that volunteers only outlived non-volunteers when the work was done for selfless reasons.

So consider what you truly care about, not just where you can volunteer the most easily or often.

“You need to think of potential benefits as a by-product or side effect of sincere helping,” says Post.

Aim for regularity. A spring clean-up of the park or a one-off stint in a soup kitchen are absolutely a worthy things to do. Just don’t expect them to have long-lasting health benefits. “The benefits of volunteer work happen when it is performed for at least an hour a week,” says Sneed.

Approach it like a job. You’re most likely to feel good about your giving if you put real thought and/or elbow grease into the project. Says Post: “Use your gifts and talents so as to feel successful at it, and meet with peers to reflect on your activities as helpers.”