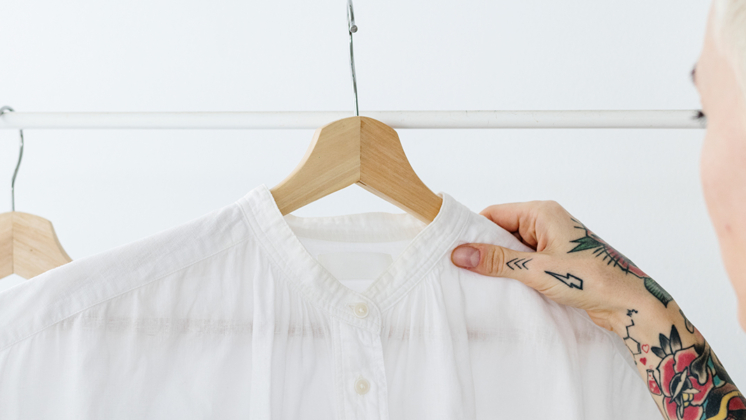 Whether you take them especially seriously or not, the fashion world is full of rules and customs about dressing appropriately for the occasion.

But do you really have to put away your white duds after Labor Day? How did that tradition even arise in the first place?

Many of us haven’t worn anything except sweatpants since March, so any fashion edicts seem silly this year. But we took a look at the reasoning behind some of the most common clothing traditions, so you can decide for yourself if these rules are meant to be broken.

Perhaps the most popular and oft-quoted rule, ditching white wardrobe pieces after the first Monday in September is common wisdom (even if many people don’t follow it).

The origins of the custom seem to be functional. In the late 1800s and early 1900s before air conditioning, when long sleeves were worn all year round for the sake of modesty and the fashion du jour, wearing white was the most sensible way to keep cool.

Even as white clothes and the means to clean them became available to the rest of us, the tradition continued through the decades.

Wearing white in the summer was also a status symbol. Only the wealthy could afford to vacation in summer homes away from the polluted city (where white clothes would quickly collect grime). White was synonymous with a luxury beyond much of the population.

High-class socialites deemed white the color for weddings and vacations — but certainly not for a dinner function in the autumn. Even as white clothes and the means to clean them became available to the rest of us, the tradition continued for decades.

While white is still a favorite summertime pick, these days it’s just as common to see the color all year round. Want to bust out your white jeans in October? Wear that ivory frock to a January party? Go for it.

Men’s and women’s buttons are on opposite sides

You’ve likely noticed that men’s and womens’ button-down shirts are nearly identical save for one specific factor: The buttons are on opposite sides on both garments.

Why is that? According to Melanie M. Moore, who founded the women’s blouse company Elizabeth & Clarke, it once again began as an issue of wealth.

In the 13th century, buttons were a rather expensive new invention. And wealthy women didn’t dress themselves — they had ladies-in-waiting for that.

And since a majority of people are right-handed, sewing buttons to the left side of a woman’s frock made it easier for someone standing across from her to do up her garment.

Men, on the other hand, were deemed perfectly capable of fastening their own buttons, so their shirts came with right-side buttons that would better suit their finger agility.

At the time, men were often also called upon to have easy access to a weapon, so right-side buttons allowed for military men swiftly to unfasten a few buttons to grab a defensive item tucked within their clothing.

Regardless of the modern woman’s habit of dressing herself these days, the opposite-sided button paneling has stood the test of time and tradition.

Blazer and outer-jacket wearers, this one might have perplexed you for years, but chances are you follow it religiously anyway. Three-button jackets have a mantra to remember: “Sometimes, always, never.” The middle button should always be fastened, while the top button is up to your discretion, but the bottom should remain exclusively un-buttoned.

But…why? Why include that third button at all if it’s intended never to fulfill its purpose?

Why include that third button at all if it’s intended never to fulfill its purpose?

The origin goes back to the times of King Edward VII [above]. His Majesty gained a fair amount of weight, as the wealthy who were able to gorge on all manners of meats and sweets were wont to do, and started skipping the third button of his waistcoats to allow for his expanding stomach region.

To help the monarch feel less self-conscious, the rest of the court — and thus the rest of England and its territories — adopted the fashion as well.

Some fashion historians also cite that suit jackets replaced horse-riding jackets, which needed to go one-third unbuttoned because the bottom fascinator fell below the waist, making it impossible to ride a horse while the coat was done all the way up.

The rule is commonly accepted as fashion gospel, but an easier solution also exists: Two-button suit jackets have become much more popular, and if you button them both, you won’t be shunned by the British aristocracy the next day.