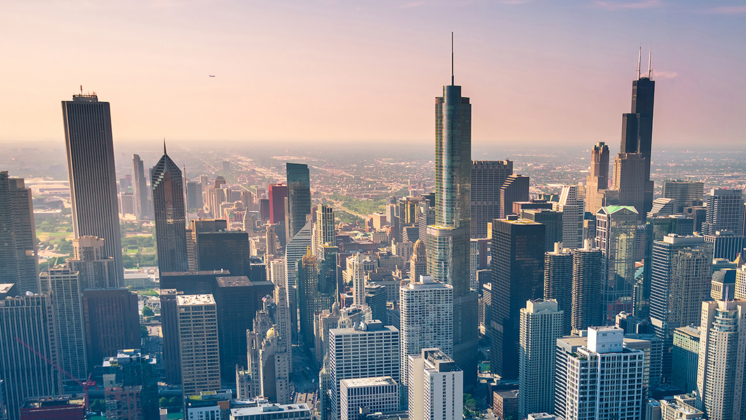 By September of 1969, the most memorable events of that year had already taken place: the moon landing, the Manson murders, Chappaquiddick, and the Woodstock music festival.

But some of the smaller stories of autumn turned out to have larger consequences later on. It’s only in looking back that we see how important they were. Here are some of the events from September, 50 years ago.

September first saw a military coup d’état in Libya, led by Colonel Muammar Gaddafi, who was still in his twenties. Gaddafi ruled Libya under one title or another for 42 years, until he was executed during another revolution in 2011.

September 2: Birth of the internet

The very beginning of what would become the internet was achieved when two computers at UCLA were connected and managed to communicate with each other. The first message was “LO.” It was supposed to be “Login,” but the system crashed after two letters. Yet the milestone was officially reached.

The Chemical Bank branch in Rockville Centre, New York, installed the first automated teller machine (ATM) in the United States. The use of ATMs didn’t really take off until the 1990s.

Musician Frank Zappa and his wife Gail welcomed their second child and first son into the world. The admitting nurse refused to register the child’s name as Dweezil, as his parents requested, so his name was officially Ian Donald Calvin Euclid Zappa. At age five, his name was legally changed to Dweezil.

Soviet astronomer Klim Ivanovich Churyumov examined a photograph by Svetlana Gerasimenko and discovered what would become known as comet 67P/Churyumov–Gerasimenko. Forty-seven years later, it would be the site of the first cometary landing by a spacecraft, when the ESA’s Rosetta mission deployed the Philae lander in 2014 to photograph the comet up close.

Musician Tiny Tim proposed to his girlfriend, Victoria Budinger. The wedding was broadcast live on The Tonight Show Starring Johnny Carson on December 17th of that year, and drew an audience of 45 million people. He was 37, she was 17.

John Lennon told the rest of the Beatles that he was quitting the group.

One of the biggest conspiracy theories in music history was first published. The student newspaper of Northern Illinois University, Northern Star, claimed that Paul McCartney had been killed in a 1967 auto accident, and a lookalike had been passed off as the Beatle ever since.

The movie Butch Cassidy and the Sundance Kid premiered. Starring Paul Newman and Robert Redford, it became the biggest film of 1969 and won four Academy Awards.

The trial of the Chicago 8 (later known as the Chicago 7 after Bobby Seale’s case was separated) opened in Chicago. The defendants were accused of inciting a riot at the 1968 Democratic National Convention. Five defendants were found guilty, but those verdicts were reversed on appeal in 1972.

A Bolivian soccer team from La Paz called The Strongest was returning from a postseason exhibition game in Santa Cruz when their plane crashed. All 74 people aboard were killed, including 20 team members. It is known as the Viloco tragedy, after a village near the crash site.

The Beatles’ album Abbey Road was released. It was the final album the group recorded together, although Let It Be, which was recorded earlier, was released in 1970.

The author of this list turned eleven years old.