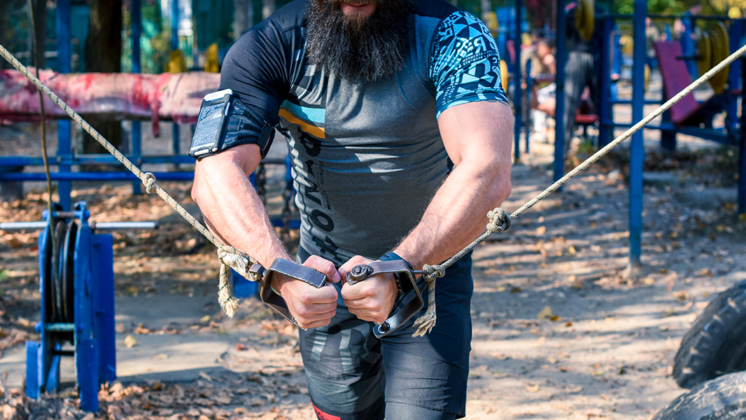 Plenty of people set out to break famous Guinness World Records in their lifetimes. Some are successful, many more are not, and some have even died trying. Some records, like the most CDs balanced on one finger, might actually be breakable, but there are others that will probably never budge in your lifetime. Here are some of the wildest records that won’t go anywhere anytime soon.

1. The heaviest weight supported by a human tongue

Yep, this is a real record, claimed by Thomas Blackthorne, who lifted 27 pounds using just his tongue. He trained for six years to hold this amount for five seconds — his tongue was pierced by a hook that held four weights — and set the record in 2004 without injuring himself.

2. The longest distance an airplane was pulled by a human being

Kevin Fast, who owns several weight-pulling records, pulled an entire 416,299-pound CC-177 Globemaster III airplane for 28 feet, in 2009. Due to the difficulty of this feat, it doesn’t look like anyone will be coming for the Canadian priest’s title anytime soon. And if they do, Fast has assured folks that he would have been able to pull the plane for much longer if a finish line hadn’t been in place.

3. The tallest man in the world

Robert Wadlow took the human skeletal build to new heights when he was measured at a whopping 8 feet, 11.1 inches tall in 1940. Born in 1918 at 8.7 pounds, he began growing at a rapid rate when he was a child due to hyperplasia of his pituitary gland, which was never treated. He needed to eat 8,000 calories daily, and continued to grow until the day he died at age 22.

Michel Lotito, who passed away in 2007 at age 57, ate 9 tons of metal over the course of his lifetime, including a whole Cessna 150 airplane. Lotito suffered from Pica, a disease that made him crave eating non-food objects like dirt and glass. It was pretty metal of him.

Jonathan Lee Richards has sued over 4,000 companies and individuals, and holds the world record for the largest amount of lawsuits filed, including suits against Bill Gates and Pope Benedict XVI. When he found out that he held the record, he sued Guinness.

In 1905, the world’s largest diamond was found in the Premier Diamond Mine in Cullinan, South Africa. The behemoth came in at 3106.75 carats, and is worth around $400 million. The book of records wasn’t actually around in 1905, but no diamond has come close to matching it, so the spot was given to the Cullinan diamond.

With inflation counted for, Gone With the Wind pulled in the highest grossing box office revenue of all time. It brought in what would be $3.4 billion, and sold 255.7 million tickets, a stark contrast to Avatar (the second highest-grossing movie), which rained in 78.3 million ticket sales.

Shridhar Chillal of Pune, India, didn’t cut his nails for 66 years. Just before cutting them, they measured 29 feet, 10.1 inches in length.

Chillal only grew the nails on his left hand this long, allowing for full mobility with his right hand. He started growing them after being chastised by a teacher for breaking a nail when he was 14.

His nails caused him a fair amount of physical pain and made everyday activities like sleeping difficult. He had them cut at New York City’s Ripley’s Believe it or Not! museum, where they remain on display.

This meta title is held by 62-year-old Ashrita Furman. He used to hold 550 Guinness World Records, but currently holds 200 as other hungry record breakers have come for some of his claims. He began working on his record quest in 1979 by completing the most jumping jacks jumped in succession (27,000). His other records include the longest underwater cycling distance, longest distance balancing a milk bottle on the head, and fastest mile in somersaulting.