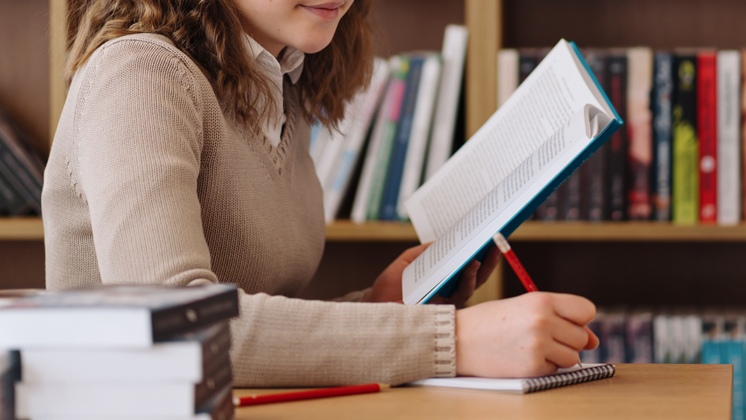 Since her death in 1886, Emily Dickinson has haunted us in many forms.

She has been the precocious “little dead girl” admired by distinguished men; the white-clad, solitary spinster languishing alone in her bedroom; and, in more recent interpretations, the rebellious teenager bent on smashing structures of power with her torrential genius.

As the world continues to endure the ravages of COVID-19, another ghost of Dickinson steps into view. This one, about 40 years old, seems by turns vulnerable and formidable, reclusive and forward. She carries the dead weight of crises beyond her control, but remains unbowed by it.

It was while drafting my dissertation, which explores the meaning of old age in America, that I first encountered this Dickinson. She has been with me ever since.

The depths of loss

Most admirers of Dickinson’s poetry know that she spent a considerable part of her adult life in what we call self-imposed confinement, rarely venturing outside the family homestead in Amherst, Massachusetts. Less known, perhaps, is that the final 12 years of her life were passed in a state of nearly perpetual mourning.

It began with the death of her father. For all his stern comportment, Edward Dickinson had enjoyed a special relationship with Emily, his middle child. When her surviving letters declare him “the oldest and oddest sort of a foreigner,” one hears the affectionate annoyance that comes with real devotion. He died in 1874, away from home.

Loss followed loss. Favorite correspondent Samuel Bowles died in 1878. With the passing of Mary Ann Evans, otherwise known as George Eliot, in 1880, Dickinson lost a kindred spirit – a “mortal” who, in her words, had “already put on immortality” while living. A very different loss was that of Dickinson’s mother, Emily Norcross Dickinson, with whom she enjoyed little or no rapport for much of their life together, but who became at least somewhat precious to her daughter on her deathbed. That was in 1882, the same year that took from her literary idol Ralph Waldo Emerson and early mentor Charles Wadsworth.

The following year saw the death of her cherished eight-year-old nephew, Gilbert, from typhoid fever, his illness having spurred one of Dickinson’s rare excursions beyond the homestead. The year after that, Judge Otis Phillips Lord, with whom she pursued the only confirmed romantic relationship of her life, finally succumbed to an illness of several years and was wearily dubbed by the poet “our latest Lost.”

What impact did so much grief have on the mind of one of America’s greatest visionary artists? Her letters say little enough. Writing to Mrs. Samuel Mack in 1884, however, she frankly admits: “The Dyings have been too deep for me, and before I could raise my heart from one, another has come.”

The word “deep” is an arresting choice, making it sound as though Dickinson is drowning in a pile of dead loved ones. Each time she comes up for air, yet another body is added to the great mass.

This is characteristic of Dickinson. If her imagination shrinks from visualizing breadth, it thrives on depth. Some of the most captivating images in her poetry are piles of things that cannot be piled: thunder, mountains, wind. During the Civil War, she uses the same technique to represent soldiers’ heroic and terrible sacrifice:

In describing her more personal losses of the 1870s, Dickinson seems to imagine yet another pile of human corpses rising before her eyes. Or maybe it is the same pile, her loved ones added to the dead troops whose fate she kept contemplating to the end of her own life. Seen in this light, the “Dyings” appear not just too deep but unfathomably so.

At the time of this writing, the pile of lives that overshadows our lives is 800,000 deep and getting deeper by the hour. Dickinson’s imagery shows how keenly she would have understood what we might feel, dwarfed by a mountain of mortality that will not stop growing. The same anger, exhaustion and sense of futility were her constant companions in later life.

Fortunately, she had other companions. As recent studies have shown, Dickinson was the best kind of social networker, maintaining profoundly generative relationships by correspondence from the family homestead. Her poetic output, though greatly diminished toward the end of her life, never ceases, and its offerings include some of her richest meditations on mortality, suffering and redemption.

These words resonate in the current crisis, during which protecting the “daily mind” has become a full-time job. News reports, with their updated death tolls, erode our intellectual and spiritual foundations. All seems lost.

But if strain and sorrow are palpable in this poem, so is courage. Dickinson’s lonely speaker chooses to express what she has felt, to measure and record the burden of loss that life has thrust upon her. Beliefs, once bandaged, may heal. And while no man has ever been bold enough to confront the deeper “Consciousness” that so many deaths expose within the human mind, the speaker will not rule out doing so herself. There is still room in this blighted world for the kind of visionary experience from which hope not only springs, but flourishes.

Living in the shadow of death, Dickinson remained enamored of life. This, as much as anything, makes her a hero of our time.

Matthew Redmond, Ph.D. Candidate, Department of English, Stanford University. This article is republished from The Conversation under a Creative Commons license. Read the original article.