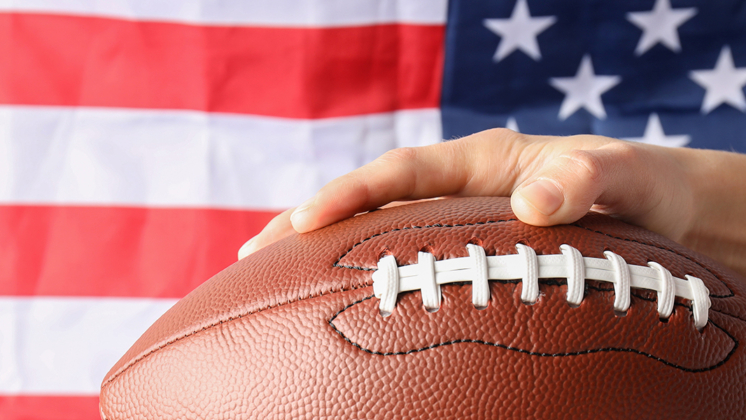 One of the interesting network scheduling moves every season is what show will follow the Super Bowl. This Sunday after Super Bowl LIV on Fox will be the spring season premiere of The Masked Singer. That singing competition is already proven, so this can only be of benefit. But while the exposure for a debuting series following the most-watched telecast of the year is often significant, it is no guarantee that the show will succeed.

Once upon a time, what program would occupy the post-Super Bowl time slot was never much of a concern. Since the first Super Bowl game in primetime was not until 1978, some of the early lead-outs included regularly scheduled Sunday night occupants like Lassie, Walt Disney’s Wonderful World of Color, 60 Minutes, and the NBC Nightly News. There were even two golf tournaments.

The first new series to air following The Super Bowl was a short-lived NBC sitcom called Brothers and Sisters in 1979, which was a result of then mega-hit theatrical Animal House. It did not matter that 31.7 million viewers tuned in for the premiere; the sitcom was an immediate flop thereafter (and lasted only 12 episodes).

The growing list of other new shows failing to capitalize on that rush of immediate Super Bowl fans includes a host of series I bet you never ever heard of: MacGruder and Loud (ABC, 1985), The Last Precinct (NBC, 1986), Grand Slam (CBS, 1990), Davis Rules (ABC, 1991) and Extreme (ABC, 1995). Of these losers, only one show, Davis Rules, went onto a second season.

Then there were already established shows occupying the post-Super Bowl time period, with that “super-sized” episode of Friends in 1996 attracting the largest audience of any series at 52.9 million. Runner-up: the season premiere of Survivor: The Australian Outback in 2001 at 45.4 million. Of course, there were also some new series previewing after The Super Bowl that did indeed succeed.

With that in mind, what follows is a list of the 20 most watched shows after this annual championship football matchup. Some were new, some were established, some went on to successful runs, and some you will not remember.

In this one-hour installment titled “The One After The Super Bowl,” Ross (David Schwimmer) learns that his former pet monkey Marcel had been employed for a film being shot in New York City, and then tries to get a role in the film as a ploy to reunite with the monkey.

Since CBS was concerned its summer blockbuster might not resonate in season two, the post-Super Bowl slot offered an enormous opportunity. Nineteen years later and Survivor is opening its 40th edition (themed “Winners at War”) on February 12th.

This programming block featured NBC specials like The First 50 Years; motion pictures like Gone With the Wind and Earthquake; and original TV movies like Sybil and Jesus of Nazareth. Since NBC was suffering from a shortage of hit series at the time, The Big Event title was spread to other nights of the week. In 1981, the concept was put to rest.

At the time, 60 Minutes was the top-rated show in all of primetime. And, today, the veteran newsmagazine is in its 52nd season. In other words, it will probably outlive us all!

Eighteen years after camp classic Batman concluded, Adam West was back in this one-hour comedy, this time as the leader of a group of misfit police academy rejects. The series was from Stephen J. Cannell Productions, which was known for producing dramas like The Rockford Files, The A-Team and 21 Jump Street.

While viewers (like myself) were curious for a glimpse of Mr. West sans his superhero costume, The Last Precinct only stayed afloat for two months.

While Undercover Boss today is nothing more than temporary time period filler on CBS, its positive impact in the world of non-scripted television is undeniable. The series received Emmy Award nominations for Outstanding Reality Series for four consecutive years, winning in the category in 2012 and 2013.

At the time, the Shonda Rhimes-produced medical drama was in two. Today, in season 16, Grey’s Anatomy is now the longest running drama in the category in the history of television. And there are no signs of it ending anytime soon!

Like Grey’s Anatomy, NBC utilized this second season episode of The Voice to hopefully guarantee its longevity. And today the music competition will be heading into its 18th edition on Monday, February 24th. Newbie coach Nick Jonas will be joining returning Blake Shelton, John Legend and Kelly Clarkson.

In its eighth season, All in the Family tied into the Super Bowl in this episode where Archie (Carroll O’Connor) and company are robbed while watching the annual football matchup at his local pub, “Archie Bunker’s Place.”

One season later, All in the Family morphed into Archie Bunker’s Place, where much of the action on the sitcom shifted to the bar (and without Jean Stapleton as beloved “Dingbat” wife Edith, who was killed off).

The granddaddy of the primetime newsmagazine genre was back again after the Super Bowl, this time featuring an interview with Bill and Hillary Clinton. Mrs. Clinton responded to questions about her husband’s reported infidelity and the nature of their marriage.

“You know, I’m not sitting here, some little woman standing by my man like Tammy Wynette,” she said sitting next to her husband on a couch in a hotel suite in Boston. “I’m sitting here because I love him, and I respect him, and I honor what he’s been through and what we’ve been through together. And you know, if that’s not enough for people, then heck — don’t vote for him.”

Set on the Pearl Islands of Panama, 18 competitors returned to compete in this first All-Star Edition. The winner was former Survivor: The Australian Outback castaway Amber Brkich, who in a jury vote of 4 to 3 over former Survivor: Marquesas castaway “Boston” Rob Mariano was declared the Sole Survivor. The pair ultimately married in real life and are returning in Survivor: Winners at War on February 12.

In this first night of a two night (four hour) miniseries, two orphans from Philadelphia, Saul and Chris, are adopted by a man named Eliot, who treats the boys like his own children and raises them to become assassins. When a mission goes wrong for Saul, and Chris is involved in an international incident, they begin to question their lives and their missions, and start to see Eliot in a new light. It starred Peter Strauss, David Morse (St. Elsewhere) and Robert Mitchum.

Premiering after Super Bowl XXIV, that former “good ol’ boy,” John Schneider from The Dukes of Hazzard and comedian Paul Rodriguez played two bounty hunters in San Diego who decide to team up. Despite the over 30-million viewers who tuned-in for a post-Super Bowl launch, Grand Slam concluded five episodes later.

In this fourth season episode titled “Leonard Betts,” the detection of Agent Scully’s (Gillian Anderson) cancer battle was a ploy to bring in non-fans of the supernatural-themed drama. In the episode, Paul McCrane (ER) played an EMT paramedic who, after being decapitated in an accident, comes back to life in the morgue when his headless body knocks out the attendant, steals his clothes, and escapes.

In this season four-episode, gruff Dr. House (Hugh Laurie) treats a psychiatrist named Cate Milton (Oscar winner Mira Sorvino) via a webcam after she collapses and vomits in a research station in the middle of Antarctica. Weather conditions prevented her from being evacuated.

Set in an unknown city in the late 1960s and narrated by Daniel Stern, this nostalgic coming of age comedy followed the lives of the Arnold family: teenager Kevin (Fred Savage), his parents Jack (Dan Lauria) and Norma (Alley Mills), and his older siblings Karen (Olivia d’Abo) and bully Wayne (Jason Hervey). Then, of course, there was Kevin’s best friend Paul (Josh Saviano) and his girlfriend Winnie (Danica KcKellar).

Debuting out of Super Bowl XXVII, Homicide never did result in a mass-sized audience. But the critics took immediate notice of this police procedural chronicling the work of a fictional version of the Baltimore Police Department’s Homicide Unit. And that resulted in a seven-season run, and a television movie in 2000 that served as its finale.

After teasing the audience for 31 episodes, we finally learn that Milo Ventimiglia as patriarch Jack Pearson died in a fire. This was probably the biggest cliffhanger of any TV series since “Who Shot JR?” on the original Dallas. Now in season four (and confirmed through season six), This Is Us remains one of NBC’s top-rated hits.