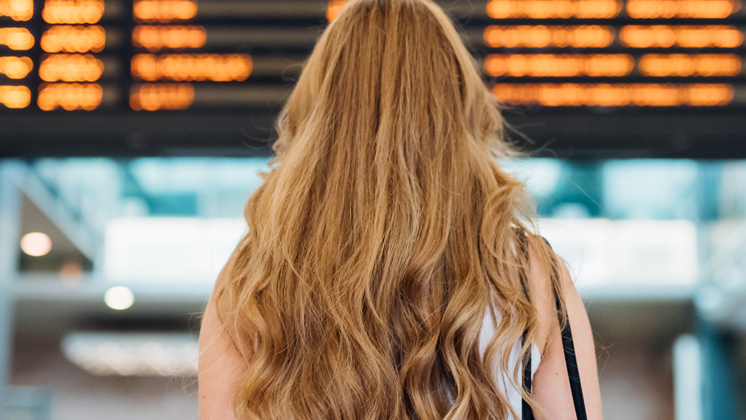 Flying is a time consuming endeavor. Even taking a domestic flight can eat up an entire day of your vacation. You need to arrive at the airport an hour or two before your flight, then there are endless lines at security. But have you realized that even flight times are longer now? It’s a secret the airlines have been keeping from us.

In the 1960s, it took five hours to fly from New York to Los Angeles, and just 45 minutes to go from New York to Washington, DC. Today, these same flights now take six-plus hours and 75 minutes, respectively. But technology has improved, and the airports remain in the same location.

So what’s changed? The additional time in the air is due to what is known in the aviation industry as “schedule creep,” or “padding.”

Padding is the extra time that airlines allow themselves to fly from point A to point B. The quick flights of the 1960s were consistently late, so instead of improving operations, airlines just incorporated these delays, experienced for decades, into their schedules. They are creating the illusion of punctuality without actually addressing the problem.

It also makes it easier to dodge the three-hour limit on delays — the threshold that qualifies passengers to file compensation claims, at least under the European Union’s passenger rights law.

This solution of padding out flight times does little to motivate airlines to increase efficiency and conversely even seems to provide more delays. “On average, over 30% of all flights arrive more than 15 minutes late every day despite padding,” says Captain Michael Baiada, president of aviation consultancy ATH Group citing the US Department of Transportation’s Air Travel Consumer Report. “By padding, airlines are gaming the system to fool you.”

If the root cause of this issue was addressed, customers would directly benefit. “Padding drives higher costs in fuel burn, noise and CO2,” Baiada continued, “which means if airline efficiency goes up, costs go down, benefitting both the environment and fares.”

Perhaps airlines are beginning to wake up. The industry has invested billions of dollars in technologies to enable more efficient flight paths. However, this has not made much difference to delays, which appear to be stuck at 30%.

Part of the problem is that schedules are designed by airlines for perfect conditions, Tom Hendricks, a retired airline executive, told BBC Worklife. “But on any given day you might have weather, air traffic control or company network disruptions and the system must adjust.”

So what does all this mean for us, the lowly passengers? With airlines gaming the system, flight times may even increase as more and more planes take to the air. It might take a government intervention, but until that happens it seems that “padding” is here to stay.