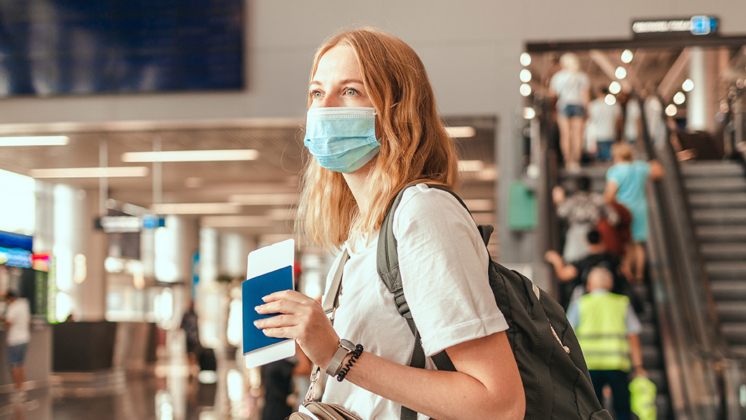 The United States will end coronavirus screening for airline passengers arriving from much of the world, saying the procedures have “limited effectiveness” for catching sick people, according to the Centers for Disease Control and Prevention.

Travelers arriving from China, Iran, most of Europe and Brazil will also no longer be required to arrive at 15 designated airports when the new policy goes into effect Monday, the CDC announced late Wednesday.

“We now have a better understanding of COVID-19 transmission that indicates symptom-based screening has limited effectiveness because people with COVID-19 may have no symptoms or fever at the time of screening, or only mild symptoms,” the agency said in a statement.

“Transmission of the virus may occur from passengers who have no symptoms or who have not yet developed symptoms of infection,” the CDC said.

A CDC statement said that 675,000 people underwent the screenings and that fewer than 15 were identified as having covid-19, the disease caused by the novel coronavirus.

Instead, the U.S. government’s efforts will focus on educating travelers before they leave and while they’re in the air, and on gathering passengers’ contact information so they can be reached if it is determined they may have been exposed to the virus.

The new policy does not change travel bans on non-U.S. residents that apply to the foreign countries.

When the screenings were expanded to Brazil in May, acting homeland security secretary Chad Wolf called them “aggressive measures” necessary to keep the risk from the coronavirus low.

“This action is needed to protect the general public from further exposure and spread of the coronavirus,” Wolf said then.

At about the same time, Democrats on the House Oversight and Reform Committee questioned why the administration had not done more to screen travelers from Italy and South Korea in February and early March, when coronavirus cases surged in those countries.

The CDC has concluded that catching people with the virus at any point in time is difficult when it incubates over a period of days. The agency’s new approach is aimed at encouraging people to monitor their health over a longer period.

Air travel played a critical role in rapidly spreading the virus from China around the world. But experts say restrictions on travel imposed once the virus had already spread widely did little to further contain it.

Nevertheless, President Trump and his supporters have pointed to the bans as evidence that the administration acted quickly to control the novel coronavirus. People from China were barred in January, with most of Europe being added to the list in March.

In March, the State Department also formally advised Americans against traveling overseas. That advisory was lifted in early August, but the CDC continues to warn against travel to many nations, including India and China, because of the virus.

While the changes to screening and funneling of travelers might do little to immediately spur demand for international travel, the shift has the support of the airline industry.

“We continue to support spending scarce screening resources where they can best be utilized and no longer believe that it makes sense to continue screening at these 15 airports given the extremely low number of passengers identified by the CDC as potentially having a health issue,” said Katherine Estep, a spokeswoman for Airlines for America, an industry trade group.

Domestic air travel has seen a partial rebound after declines in passenger numbers of 95% in the spring. But international passenger volumes have not returned. The Bureau of Transportation Statistics said this week that there were just 1.1 million travelers on international flights in July, a decline of 90% from the same month last year.

The screening announcement comes as the travel industry pushes to establish testing programs that will screen travelers for the virus before they fly.

In a letter sent this week to three top Trump administration officials – Health and Human Services Secretary Alex Azar, Wolf and Transportation Secretary Elaine Chao – groups including Airlines for America, the U.S. Chamber of Commerce and the U.S. Travel Association said that a robust and reliable testing program could be key to restarting international travel.

Noting that some governments have already begun putting pre-travel or post-arrival testing programs in place, the groups urged the U.S. government to follow suit, working closely with industry.

They said a critical first step could begin with a pilot testing program between the United States and either Europe, Canada or the Asia-Pacific region.

“We are cognizant of the many complexities and issues surrounding COVID-19 testing,” the groups wrote. “It is precisely because of these complexities that we call on the U.S. government to work on a bilateral and multilateral basis to establish a globally accepted framework for testing protocols for international travel.”

The groups also reminded administration officials about the toll the pandemic has taken on the aviation industry, noting that the World Travel and Tourism Council estimates the United States is set to lose $155 billion because of to the decline in international travel.

In the statement on the screenings, the CDC said it would explore “potential testing to reduce the risk of travel-related transmission of the virus that causes COVID-19 and movement of the virus from one location to another.”