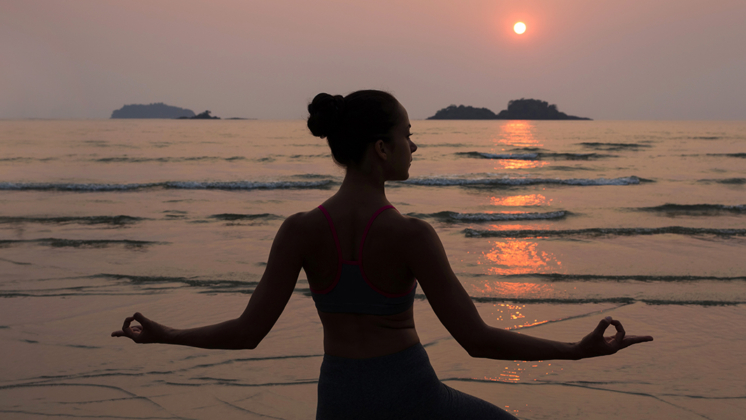 River cruising has exploded in popularity in recent years, and no wonder: Travelers avoid mega-ship crowds, enjoy scenic vistas from the deck, and stop at picturesque cities and towns that might not otherwise be accessible in a larger vessel.

But you may be apprehensive about taking your first river cruise, especially if you consider yourself an active traveler who likes to get out and about. You may worry that a river trip will be too boring, confining, slow-paced, and sedentary.

“The cruise industry as a whole has been pushing back heavily on these fears for the past decade or so,” says Colleen McDaniel, senior executive editor of Cruise Critic, the largest online cruise review community.

That means you’re increasingly likely to encounter active excursions on shore and wellness programs as you sail.

“Several years ago, river cruise lines started bringing bikes on board, kicking off a sweeping trend in more active river cruises that has made them more attractive to younger cruisers,” says Michelle Baran, senior editor of Travel Weekly.

“River cruise lines have added hiking options, kayaking trips, yoga and workout classes, and more creative and engaging excursions like painting workshops that resonate with younger travelers,“ she says. “All these things are making river cruises seem more hip—and they really are much more hip than they were ten, or even five, years ago.”

So if you’re looking to book your first river cruise, here’s what you need to know.

What to expect on board

Over the past decade, river cruising has been one of the fastest growing segments of the industry. Cruise Critic reports that more than 80 new and refurbished river ships have launched over the past three years. Only eight new traditional ocean ships are set to launch in 2019.

Much like being on a floating hotel, river cruises eliminate the hassles of arranging all your accommodations, meals, transportation, and tours. You visit multiple towns (and even several countries) without having to pack and unpack every day.

With distances between ports shorter than on sea voyages, it’s not uncommon to stop at one or more harbors each day as the vessels meander through inland waterways that are far calmer than oceans (so you’re less likely to experience seasickness).

Due to their size, riverboats can’t possibly offer the glitzy bells and whistles of big ships.

Compared to ocean liners, riverboats are relatively small, often carrying fewer than 200 passengers. The vessels travel slowly, typically at speeds of about 10 knots, and cover much less distance than big ships do.

Although staterooms are smaller too, standard cabins on the most popular lines are spacious enough to stow belongings and maneuver comfortably, and most have windows or balconies, all the better to enjoy the views.

Due to their size, riverboats can’t possibly offer the glitzy bells and whistles of big ships (casinos, large theatrical productions, climbing walls, specialty restaurants, and so on). Public spaces usually include just a lounge, bar, and dining rooms. Instead, they are port-intensive.

What you get for the price

Although inclusions vary, river cruises tend to be “mostly inclusive,” so you’ll have a reasonably good idea of your vacation costs before leaving home.

Typically you’ll get three meals a day onboard (or the occasional off-site culinary excursion), at least one complimentary guided tour at each port, and beer and wine with lunch and dinner. Keep in mind that mealtimes are quite rigid. On the plus side, you aren’t likely to encounter the long buffet lines associated with larger ships.

All of this may not come cheap. For example, a stateroom next summer on Viking River Cruises’ 15-day Grand European tour starts at $5,500 per person and runs as high as $13,000 (including airfare from the U.S.).

Mealtimes are quite rigid, but you aren’t likely to encounter the long buffet lines associated with larger ships.

“When comparing the costs of a river cruise to an ocean cruise, you’ll likely notice higher fares on rivers,” says Cruise Critic’s McDaniels. “That’s generally due to the fact the river lines have a more inclusive pricing structure than those of mainstream ocean lines.”

Perks like Wi-Fi, shore excursions, and beverages are more likely to be extras on ocean cruises. Still, on river cruises you may need to add on the cost of optional tours, premium wines and spirits, and tips.

The changes on the horizon

As river cruising catches on, the industry is evolving.

“Historically, we’ve seen the average age onboard river cruises skew higher than that of ocean cruises,” says Cruise Critic’s McDaniel. “Up until just a couple of years ago, river lines weren’t all that family-friendly.”

With excursions and amenities tailored to younger and more active travelers, adds McDaniel, “we are seeing the average age come down.”

For example, Crystal Cruises, the luxury ocean line that introduced its first riverboat in 2016, now has five river ships sailing in Europe, each with fitness centers, spas, indoor pools, and an onboard fitness director leading yoga and stretching classes. Plus, you can sign up for biking and hiking excursions.

Each of the 23 AmaWaterways river ships has a fitness room, walking track, and bicycles; many have heated outdoor pools. The line’s newest and most spacious river ship—the AmaMagna, set to launch in May 2019—will feature a Zen Wellness Studio with exercise and stretching classes, a juice bar, a large heated pool, and a platform at the rear of the ship for water sports.

“I think for a lot of people that stereotype of river cruising being boring and for older people ,” says Baran. “But the demographic is definitely getting younger.”

How to find your first cruise

To settle on the right cruise, check out the itineraries, onboard amenities, shore excursions, what’s included and what’s not, and per person costs. You can compare options at sites like cruise.com,  Cruise Compete, and Seahub.

A travel agent familiar with various cruise lines’ offerings can be immensely helpful. Two major travel agencies that have searchable databases of advisors, including some who specialize in river cruises, are Virtuoso and TravelLeaders. The Cruise Lines International Association (CLIA) also has a searchable database of agents.

A travel agent familiar with various cruise lines’ offerings can be immensely helpful.

Remember you’ll be spending most of your time off the ship, so carefully check out shore excursions. (Cruise line websites usually detail them.)

Even though excursions are included, don’t feel compelled to join every one. You can spend your time onboard instead—or plan independent excursions that allow for serendipitous discovery.

By going rogue from the group, you can set your own time and pace (as long as you adhere to the ship’s scheduled departure time). And although meals are included, you may prefer to experience local specialties on land.