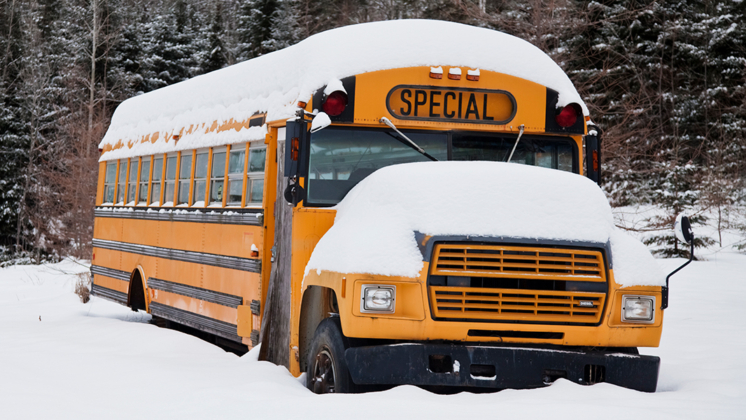 Did you ever turn your pajamas inside out and throw ice cubes out the window in hopes of having a snow day in the morning? What about sleeping with a spoon under your pillow and saying a prayer to the nimbostratus-cloud-gods — all to receive that coveted cancellation call from your principal?

In adulthood, snow days might seem mostly frustrating. The shoveling. The icy roads. But for children they’re a dream come true.

Each winter, kids across the country perform their snow day rituals and latch onto nostalgic superstitions in the name of making that snow day happen.

But how much snow does it actually take to cancel school across the country? Alexandr Trubetskoy attempted to come up with the answer.

A few years ago, Trubetskoy put out a call on Reddit asking people to let him know how much snow it usually takes for schools to close in their area. He then interpreted users’ answers using data from the National Oceanic and Atmospheric Administration (NOAA) and created a color-coded, county-level map of the U.S. The map shows roughly how much snow needs to fall to elicit a snow day.

See for yourself: Though a subtle flurry could be enough to cancel school in the South, Alaskan kids would need to pray for multiple feet in order to have a day off of school.

Trubetskoy notes that in some parts of the country, particularly in the Midwest, school closures are due to wind chill and low temperatures, not just snow, so the map might be a little off in those areas.

Whether you’re snowed in or stuck commuting, be safe in the snow!