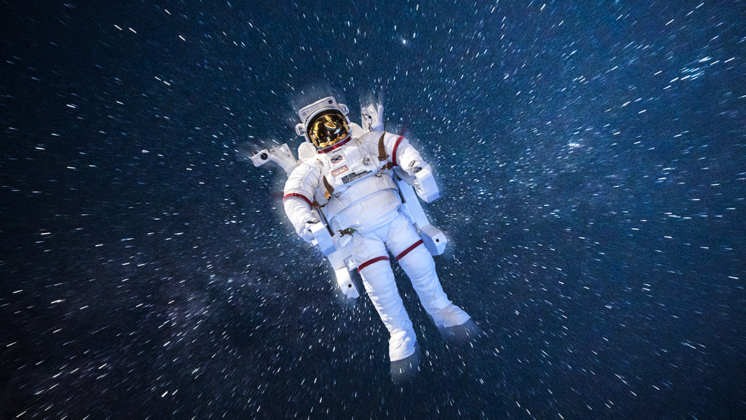 Remember that time NASA thought Sally Ride needed 100 tampons for one week in space, “just to be safe”?

Safe from what, you ask? Unclear. However, one might assume it would have been from the abundance of fragile masculinity damaged when Ride had to explain feminine hygiene products to her male colleagues.

This was in 1983. At a press conference, Ride was asked if she weeps when things go wrong on the job.

She responded, “How come nobody ever asks [fellow astronaut] Rick those questions?”

Flash forward to yesterday, when two American women ventured out of the International Space Station to replace a power controller, completing the first all-female spacewalk. The astronauts, Jessica Meir and Christina Koch, had completed both a seven hour and 17 minute spacewalk and a historic milestone.

As exciting as this momentous event is, it’s long overdue. Meir and Koch’s walk was actually scheduled to take place back in March, but NASA postponed it as they failed to have appropriately sized spacesuits for both of the women.

When asked in 1983 if she weeps when things go wrong on the job, Sally Ride responded, “How come nobody ever asks [fellow astronaut] Rick those questions?”

You can’t help but reminisce on sexism in the space program. The denial of women’s admittance into the astronaut program until 1978; the “infinite wisdom” that told the male engineers at NASA that a makeup kit for women astronauts was simply a necessity; the bouquet of flowers the was presented to Ride after she disembarked her first space flight (respectfully refused).

During Friday’s all-female spacewalk, the president called and commended Meir and Koch on this being the “first time for a woman outside of the space station.”

Meir gently corrected him. She’s actually the 15th woman to complete a spacewalk.

The all-female spacewalk wasn’t intentionally planned by NASA. It was more of an inevitability due to the increasing diversity in the space program. Does this hyper-focus on gender take away from the impressive nature of aeronautic work, regardless of who performs it?

“That is something I’ve done a lot of thinking and reflecting on,” Koch said in an interview with NASA TV. “And in the end, I do think it’s important [to mark milestones]. And I think it’s important because of the historical nature of what we’re doing and that in the past women haven’t always been at the table.”

“This is really just us doing our jobs,” Meir told The New York Times, adding that credit was owed to the female explorers, scientists, engineers and astronauts who came before her.

This is true — and it was a job well-done, at that.