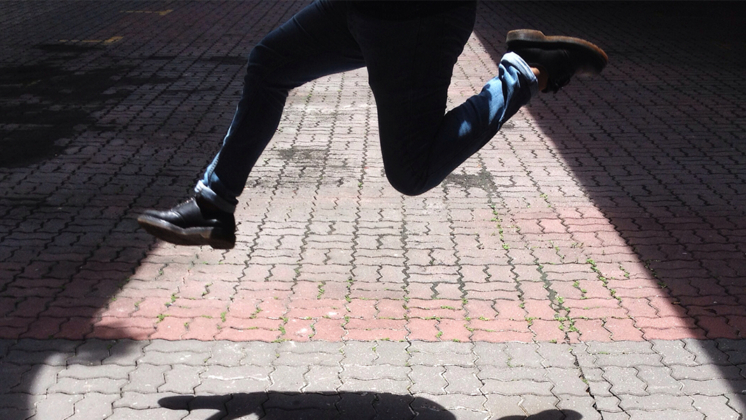 On the day before Thanksgiving in 1971, a man bought an airline ticket from Portland to Seattle under the name Dan Cooper. Then he hijacked the plane and demanded $200,000.

After unloading passengers and procuring the money, the crew took off again, under orders from Cooper to fly to Mexico. But then the mysterious hijacker jumped out of the plane, with a parachute and a bag full of cash, somewhere over the western United States.

He was never seen again. Or was he? While no one knows for certain who Cooper was or what happened to him, there are plenty of theories.

The most likely theory is that Dan Cooper didn’t survive his jump. Jumping at night, over a rough terrain without a helmet, is dangerous whether one is an experienced parachutist or not. The FBI doesn’t think Cooper was an expert.

No trace of his body was ever found, but that doesn’t mean he survived. An extensive search of a huge wilderness area found no clues at all.

In 1980, an eight-year-old boy found 290 twenty-dollar bills on the Columbia River. The serial numbers confirmed the bills were part of the ransom money. None of the other 9,710 bills have ever surfaced. In 2016, the FBI announced it was no longer actively investigating the case.

Another theory is that Cooper walked out of the woods and went back to his everyday life, and never revealed his secret. While that seems incredible, there is no shortage of people who are convinced they know who D.B. Cooper is, and are glad to explain why their theory is correct. Was he one of these people?

Jack Coffelt was the first person who claimed to be Cooper, in 1972. A con man with a long criminal history, Coffelt was confirmed to have suffered injuries around the time of the hijacking. However, the FBI found so many inconsistencies in his story, they eliminated him. That didn’t stop Coffelt from peddling his story to the major TV networks, who ultimately refused to give him a platform.

Kenneth Christiansen had been a paratrooper, and then mechanic and a flight attendant for Northwest Orient Airlines — the airline Cooper targeted. He also resembled the composite sketch of the hijacker. A few months after the hijacking, he supposedly purchased a house with cash.

In 2003, his brother Lyle saw a documentary on the Cooper case and became convinced that Kennth, who died in 1994, was D.B. Cooper. The FBI didn’t see enough evidence to investigate Kenneth Christiansen, so Lyle tried to shop the story to Nora Ephron for a film (which never happened). It later came out that, unknown to Lyle, Kenneth did not pay cash for his house.

Barbara Dayton underwent gender reassignment surgery in 1969, and changed her name (from Robert). She later explained to friends how she pulled off the hijacking by disguising herself as a man and then escaping scrutiny afterward as a woman. Dayton died in 2002.

Her friends Pat and Ken Forman published The Legend of D. B. Cooper: Death By Natural Causes, revealing what Dayton had told them years before. The FBI has never taken Dayton seriously as a suspect.

Lynn Doyle Cooper and his brother, Dewey Max Cooper, had the right name, lived in Oregon, and raised suspicion among their family members about the hijacking in 1971. Their niece Marla cooperated with the FBI and talked to media in 2011:

“Marla Cooper, 48, citing memories from when she was 8 years old, first told ABC News this week that she recalled her uncles planning something suspicious just before Thanksgiving 1971 at her grandmother’s house in Sisters, Ore. The two used walkie-talkies and left supposedly to go turkey hunting, she said.

On Thanksgiving morning, Lynn Doyle Cooper, known to the family as “L.D.,” returned to the home bloody and bruised, claiming he had been involved in a car accident, Marla Cooper told ABC News.

Marla Cooper, who lived in Spokane at the time, said she overheard L.D. Cooper say, “We did it, our money problems are over, we hijacked an airplane.”

Soon afterward, the FBI compared the DNA sample they have of the hijacker with that of L.D. Cooper’s daughter (he had already died). There was no match, and the feds dismissed him as a suspect.

William Gossett was a veteran of the Korean and Vietnam Wars, a survivalist, and a parachutist. He told his sons, and a local judge in San Diego, that he had committed the 1971 skyjacking.

His son recalls Gossett having an unusual amount of money at Christmas in 1971.

His son Greg recalls Gossett having an unusual amount of money at Christmas in 1971, and Gossett’s physical characteristics match the descriptions from eyewitnesses. Gossett died in 2003.

Galen Cook, who had been investigating the Cooper case on his own for years, decided that Gossett was most likely D.B. Cooper. Cook said he has provided Gossett’s fingerprints and DNA to the FBI, but the agency said there is no evidence to link Gossett with the case.

Robert W. Rackstraw was an early suspect in the case, due to a series of letters mailed to the FBI shortly after the hijacking, one of which identified Rackstraw.

According to Rolling Stone, Rackstraw was “a former Special Forces paratrooper, explosives expert and pilot with about 22 different aliases.” He was eliminated as a suspect by the FBI in 1979. “His elimination was controversial amongst the investigating agents, and he remained, for many, the most viable suspect in what remains the only unsolved case of air piracy in the United States.”

Filmmaker and author Thomas Colbert and a team of investigators studied the evidence for years and decided Rackstraw was their guy. In 2016, Colbert published a book on his theory, The Last Master Outlaw, and produced a documentary on Rackstraw called D.B. Cooper: Case Closed for the History Channel.

Rackstraw, who lives in California, was approached by reporters in 2017. He neither confirmed nor denied the information, but told reporters to “verify their facts.” He passed away in July of 2019.

What if it were someone who had already been missing for a while?

There were no missing persons reported Thanksgiving week in 1971 that fit the description of the hijacker, according to the FBI. But what if it were someone who had already been missing for a while?

In 1969, Robert Richard Lepsy was a grocery store manager in Grayling, Michigan, when he disappeared. He left work for lunch and was never seen again. Lespy’s car was found a few days later at an airport, unlocked, with the keys in the ignition.

An investigation revealed some money missing from the store, and a man who caught a flight to Mexico. While researching the case 30 years later, Ross Richardson noticed a strange resemblance between Lespy and the man known as D.B. Cooper. Could he have disappeared twice? There is no concrete evidence to link the two besides their resemblance and strange stories.

John List is best known as a murderer who killed his entire family on November 9, 1971. After shooting his wife, mother, and three children, he fled, assumed a new identity, and was not caught until 1989. Some people have speculated that List committed the hijacking when on the run from police. List denied being D.B. Cooper even as he admitted to the murders.

Richard McCoy was an actual hijacker. In April of 1972, he commandeered a United Airlines flight with a hand grenade and demanded half a million dollars and four parachutes. After a stop for the cash, the plane took off and McCoy donned a flight suit and jumped out of the plane over Utah.

Was McCoy a copycat hijacker, or was he also D.B. Cooper?

Hearing the news, one of McCoy’s friends alerted authorities that he had bragged about having a foolproof hijack plan. McCoy, a helicopter pilot, skydiver, and veteran, submitted a handwriting sample that matched the notes used by the hijacker. He was convicted and sentenced to 45 years.

Two years later, McCoy escaped from Lewisburg Federal Penitentiary. He was killed in a shootout with police when they located him three months later.

Was McCoy a copycat hijacker, or was he also D.B. Cooper? FBI agents Bernie Rhodes and Russell P. Calame wrote a book titled D. B. Cooper: The Real McCoy, in which they present their theory that the two hijackers were the same man.

William J. Smith was never an FBI suspect in the case, but in 2018, an anonymous military data analyst identified him as the hijacker.

The suspicion came through a twisted route. In 1985 Alex Gunther wrote a book called D. B. Cooper: What Really Happened. In it, he claimed that a man named Dan LeClair confessed to being D.B. Cooper. The book was dismissed as unreliable.

But the anonymous data analyst found LeClair (who died in 1990) and became more intrigued by LeClair’s friend William Smith, who closely resembled the illustration of Cooper. He believes that Smith was the hijacker and borrowed LeClair’s life story, or LeClair confessed to a crime his friend committed. Or not. There is no evidence linking either man to the crime.

Walter R. Reca was a paratrooper and claimed he’d been a spy. Carl Laurin published a book last year about his friend Reca. According to D.B. Cooper & Me: A Criminal, a Spy, My Best Friend, Reca admitted to Laurin that he was the missing hijacker.

Reca supposedly taped a confession several years before he died, and swore Laurin to keep his secret until after his death. In those years, Laurin never considered taking the story to the FBI.

The case of D.B. Cooper is the only unsolved case of airline hijacking. While the case is officially terminated, the FBI is willing to examine any concrete evidence toward solving the mystery. However, just “knowing” that someone must have been Cooper is not what they consider concrete evidence. It’s very possible that we may never know who jumped out of that plane in 1971.