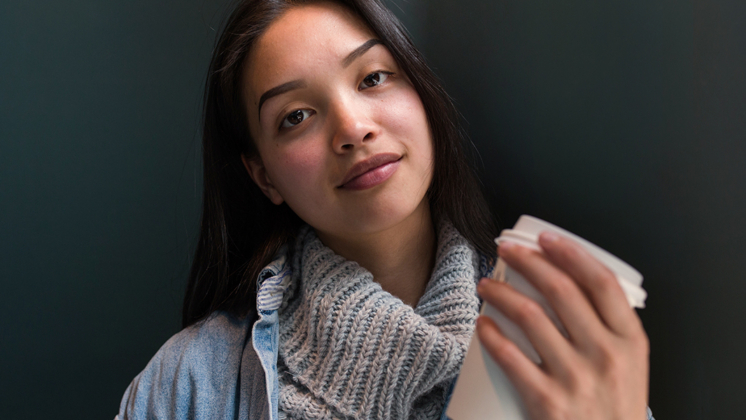 When you order a drink at Starbucks, unless the barista is making it right then and there, he or she will ask for your name so that the right person gets the right drink. The process is simple: upon taking your order, the barista checks off few boxes on the side of the cup, making it clear to the drink-maker what is supposed to go in the cup, and at the same time, he or she writes your name on the cup as well. That seems rather foolproof but famously, Starbucks often gets names wrong.

There are some who believe that Starbucks makes these mistakes intentionally. People post pictures of name fails to Instagram or Facebook, giving the coffee chain some free advertising, or so the theory goes. But there’s one Starbucks where they never get your name wrong: the one at CIA headquarters.

Yes, there’s a Starbucks at CIA HQ in Langley, Virginia. The menu is similar to what you’d find at other Starbucks and they use the same secret code-like menu (where the Spanish word for “large” means “medium”) you’ll find everywhere else. But there are a lot of other differences, all in the interest of keeping personal information safe. And topping that list of changes is the name-on-cup policy, which can be described in three words: “no names allowed.”

At the CIA Starbucks, they can’t get it wrong because the baristas don’t write names on cups. For that matter, the baristas don’t even ask you for your name — they’re expected to remember the face of the CIA staffer who ordered the drink and deliver it to that customer with no additional information.

Allowing anonymous spies to remain so is critical to success in the CIA’s world, after all. And while it’s unlikely that an intelligence operation would hinge on an agent’s disdain for pumpkin spice or affinity for a shot of hazelnut syrup, in the spy game, it’s better safe than sorry. Even aliases — OK, silly nicknames — aren’t allowed because, again, why take the risk? The Washington Post goes into detail:

“They could use the alias ‘Polly-O string cheese’ for all I care,” said a food services supervisor at the Central Intelligence Agency, asking that his identity remain unpublished for security reasons. “But giving any name at all was making people — you know, the undercover agents — feel very uncomfortable. It just didn’t work for this location.”

Other things which don’t “work for this location”? Loyalty cards and even accurate receipts. There’s no buy 10, get one free program at the CIA Starbucks because, as Eater reports, “the CIA Starbucks has banned them because officials are afraid the stored data could get into ‘the wrong hands.’” And the little piece of paper you get as a proof of purchase doesn’t list the name or address of the store; it simply states “Store Number 1.” (It is not the first-ever Starbucks, though.)

To ensure all of this happens, the baristas at the shop dubbed the “Stealthy Starbucks” have to go through a more rigorous hiring process than your typical Starbucks employee would; as Reader’s Digest explains, “the nine baristas who work there had to undergo serious background checks before getting those signature green aprons,” and, per Thrillist, “they have to leave their phones locked in their cars” — so no spy selfies, either. And perhaps most important of all, the Starbucks employees aren’t free to roam around the CIA campus unattended — they’re escorted to the coffee shop when they come to work and are escorted out when they leave.

In the end, it’s a delicate balance between security and caffeine. But at least no one spells your name wrong.

On sale now: Dan Lewis’s new collection of fascinating facts spanning history and sports to science and pop culture that will have you proudly stating, “Now I know!” Order today!