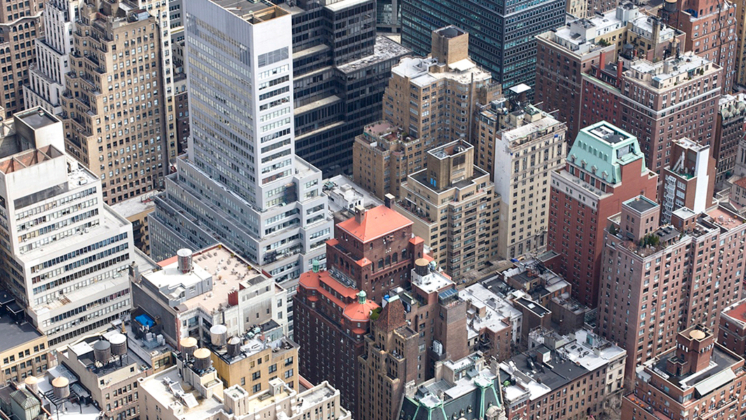 In some ways, 1979 seems like a lifetime ago, while in other ways it feels like just yesterday. You might have missed some of these news items the first time around, but seeds that were planted in the fall of 1979 grew to be very big later on.

October 1: The U.S. returns the Canal Zone to Panama

In 1904, the United States bought up land in Panama on which to build a canal connecting the Atlantic and Pacific Oceans. The Canal Zone was the land five miles wide on either side of the canal, with the exception of a couple of existing cities. In 1977, the U.S. and Panama signed the Torrijos–Carter Treaties, which would cede the zone back to Panama.

In October of 1979, the zone was handed over to Panama, which joined the bifurcated parts of the country back together, but America retained the rights to the canal. The canal itself was not turned over to Panama until 1999.

Pope John Paul II, who had been elevated only the year before, visited the United States in October of 1979. He arrived in Boston on the first, then spent two days in New York City, during which he addressed the United Nations and conducted mass at Yankee Stadium. The pontiff also visited Philadelphia, Des Moines, Chicago, and Washington.

The Blake Edwards film 10 was released in theaters. The romantic comedy starred Dudley Moore as a man battling a midlife crisis who becomes infatuated with a woman he doesn’t know, played by Bo Derek. The film opened at #1 and became one of the biggest hits of 1979. It also introduced millions of Americans to Ravel’s Boléro.

October 6: The pope meets the president

Pope John Paul II wrapped up his U.S. visit on October 6 by riding in a motorcade through Washington and becoming the first pope to ever visit the White House. The next papal visit wouldn’t happen until 2008.

After six weeks at the top of Billboard’s pop chart, “My Sharona” by The Knack finally gave way to a new #1 song, “Sad Eyes” by Robert John. It didn’t have the same staying power, though, and Michael Jackson’s “Don’t Stop ‘Til You Get Enough” took #1 a week later. On October 20, “Rise,” an instrumental by Herb Alpert, went to #1 for two weeks.

October 6: The death of inflation

If you recall the 1970s at all, you remember how “inflation” was the buzzword in economics. Inflation was the demon that drove economic arguments — and panic.

On October 6, 1979, the Federal Open Market Committee (also known as the Federal Reserve), led by Paul Volcker, announced a change in the method used to calculate the federal funds rate. (The arcane change is explained here.) The goal was to convince businesses and consumers that inflation was defeated.

It wasn’t so much the new policy that worked, but the clarity and commitment of the Fed to a method of controlling inflation that sparked new confidence in the economy. Three years later, the FOMC reversed the decision and went back to the old method, but the word “inflation” had by then ceased to cause panic. While inflation continues, it is no longer the most important economic problem we face.

October 9: Howard Stern gets another job

Howard Stern began a new broadcasting job at then-album rock station WCCC in Hartford, Connecticut. It was neither his first nor his most famous gig. But it was a step up to a major market that eventually led to Stern being among the most famous radio announcers in the U.S.

British electrical engineer Godfrey Newbold Hounsfield wondered if he could see three-dimensional images inside the body if he were to take X-rays from different angles. He built a device to do this and fed the images through a computer. Meanwhile, South African-American physician Allan MacLeod Cormack independently had the same idea. Their devices worked similarly, and came to be known as  X-ray computed tomography, or CT. They were also called CAT scans.

On October 11, 1979, Cormack and Hounsfield were jointly awarded the Nobel Prize in Physiology or Medicine for their technological diagnostic breakthrough.

After a stellar high school and college career, 20-year-old Earvin “Magic” Johnson Jr. was the number one draft pick in 1979. The Los Angeles Lakers snapped him up, and Johnson made his professional debut on October 12 in a game against the San Diego Clippers. The Lakers won that game 103-102.

At the end of the season, the Lakers won the NBA championship, and Johnson became the first rookie ever to win the NBA Finals MVP. Johnson played for the Lakers for 13 seasons, and was part of the Dream Team for the 1992 Olympic games. He was inducted into the Basketball Hall of Fame twice.

Galvanized by the murder of San Francisco city board member Harvey Milk, the gay and lesbian community organized a protest march in Washington on October 14, 1979. Estimates of the crowd were as high as 200,000 people.

An earthquake centered just south of the California-Mexico border shook both countries, and caused $30 million in damage in the Imperial Valley of Southern California. A set of gasoline tanks containing 60,000 barrels of fuel at the Imperial County Airport was damaged and gas leaked rapidly, but quick work by firefighters prevented a catastrophic fire.

The six-story Imperial County Services building in El Centro was built in 1971 to be supposedly earthquake-proof, and was outfitted with seismic monitors. The earthquake in 1979 revealed anomalies in the design that caused variations in its strength, resulting in loss of stability in its foundation and first floor. A concrete support pillar collapsed, and the east side of the building sagged about 30 centimeters. The $1.87 million building was a total loss and was soon demolished.

In 1979 Mother Teresa was awarded the Nobel Peace Prize, but did not attend the ceremony. She asked that the $192,000 in prize money be given to the poor. After she died in 1997, the process of beatification began. She was canonized as St. Teresa of Calcutta in 2016.

The idea of a federal office for education had been around for more than a hundred years, but failed over and over due to the struggle between the rights of states to run schools and the need for federal oversight.

The National Education Association (NEA), a labor union with huge numbers of teachers across the country, endorsed Jimmy Carter for president in 1976, because he promised to consider a cabinet-level department for education. After three years of consideration, congress passed the bill, and Carter signed the creation of the Department of Education into law on October 17, 1979.

October 22: The Shah arrives in NYC for medical treatment

Mohammad Reza Pahlavi was the Shah of Iran from 1941 until he was overthrown by the Iranian Revolution in February of 1979. President Anwar Sadat granted him asylum in Egypt afterward. The Shah suffered from medical problems — ostensibly gallstones, but actually cancer.

He wished to be treated in the U.S., which caused a fight between President Carter, who did not want to admit the Shah, and Henry Kissinger, who did. Ultimately, Carter gave in to win Republican support for the Strategic Arms Limitation Talks (SALT II) treaty.

The Shah was brought in under an assumed name, in hopes that he would be treated quickly and leave. However, his surgery resulted in complications that required six weeks of hospitalization. Word spread, and protesters demonstrated at the hospital and elsewhere, demanding “death to the Shah.”

The price the U.S. would pay became evident a month later, and will be covered in the next edition of things that happened 40 years ago this month.