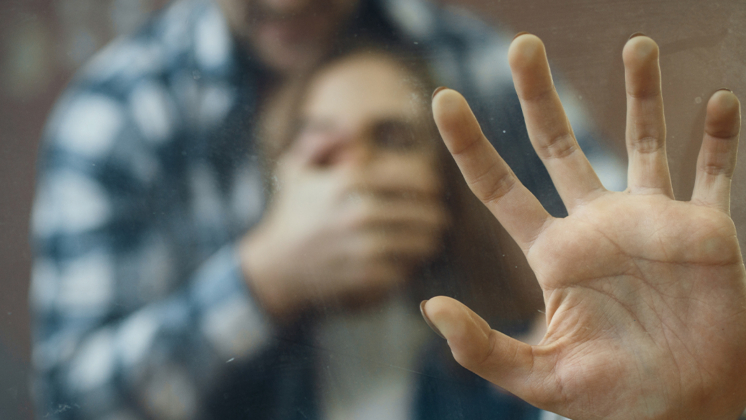 The crisis in Iran dominated everything in November of 1979, from news broadcasts to water cooler talk. But it wasn’t the only thing that happened that month. Here are a few events you may recall, from the earth-shattering to the merely interesting.

In 1830, Alexander Pushkin wrote a two-person drama about the rumored relationship between Wolfgang Amadeus Mozart and Antonio Salieri called Mozart and Salieri. Peter Shaffer, inspired by Pushkin, wrote an expanded fictional musical called Amadeus, using music written by both men and other composers of the period.

Amadeus opened on November 2, 1979, at the Royal National Theatre in London. It reached Broadway a year later and won five Tony Awards. The movie adaptation premiered in 1984 and won eight Academy Awards, including Best Picture.

The Communist Workers Party staged an anti-Ku Klux Klan march and demonstration in Greensboro, North Carolina. To get a parade permit, they had to agree not to carry weapons. However, a few participants kept guns in the vehicles. Armed members of the KKK and the American Nazi Party in at least ten vehicles monitored the march. No one knows who fired the first shot, but in less than two minutes, five CWP protesters were dead or mortally wounded. Twelve others were injured, two of them permanently.

Five Klansmen and Nazis were tried for murder, and were acquitted by an all-white jury. In 1984, nine defendants were acquitted of civil rights charges.

Anti-American sentiment in Iran had spiraled upward over the decision by President Jimmy Carter to allow the deposed Shah to be admitted to the U.S. for medical treatment.

On November 4th, a group of Iranian college students invaded the U.S. Embassy in Tehran, with the cooperation of the embassy’s Iranian guards. Iranian demonstrators ransacked the embassy while the students rounded up 66 employees. Several hostages were released later in the month, and one more the next summer for health reasons. The remaining 52 American hostages were held for a total of 444 days.

The students demanded that the Shah be returned to Iran, but he died in July of 1980. Alternate demands were made and negotiations were worked out in autumn to release Iranian assets held by American banks. The Ayatollah Khomeini dragged out the process in order to stage the hostage’s release on inauguration day in 1981, as an insult to Jimmy Carter as he left office.

National security adviser Zbigniew Brzezinski was awakened by a 3am call from a military aide: NORAD had been alerted that 250 Soviet ballistic missiles had been launched. A second call placed the number of missiles at 2200.  American pilots scrambled to their nuclear bombers, ready to launch a counterattack.

Brzezinski reached to place a phone call to President Carter when a third call came — it was a false alarm. Software of a training scenario had been inadvertently loaded into the system. Even worse, the program at NORAD had communicated the scenario to various other command centers, giving the alert credibility. The military could never replicate exactly what happened that night. Two more false alarm incidents would follow in the next few months.

The Hollywood Reporter announced that after George Lucas and Steven Spielberg had completed a deal with Paramount for a movie that would be called Raiders of the Lost Ark, a production schedule went into effect and principle photography would begin in March of 1980.

The film had been in limbo for years during development, and Lucas and Spielberg’s demands for a large percentage of film rentals before studio costs was turned down by several other major studios.

In a speech in New York, actor and former California governor Ronald Reagan announced that he was running for president in the 1980 election. Reagan had only narrowly lost the 1976 republican nomination to incumbent Gerald Ford. His main rival in the 1980 republican primaries was George H.W. Bush, who he named as his running mate at the national convention.

The Gipper went on to defeat incumbent Jimmy Carter by a margin of eight million votes. At age 69, Reagan became the oldest president ever elected, until 2016.

American Airlines Flight 444 was traveling from Chicago to Washington, DC, when a bomb went off in the cargo hold. The explosive device did not function as intended, but caused smoke and a loss of pressure. The plane made an emergency landing and twelve passengers were treated for smoke inhalation.

An investigation found that the bomb was most likely planted by the Unabomber, later identified as Ted Kaczynski. It was not Kaczynski’s first bombing, but it was the one that got the FBI involved in finding the Unabomber. Kaczynski was arrested in 1996.

Salem’s Lot was a two-part miniseries based on a 1975 novel by Stephen King. The television broadcast ran on November 17th and November 24th on CBS. The show received mostly favorable reviews, and over the next 40 years has found a place on several superlative horror movie lists, including Entertainment Weekly’s “20 Greatest Vampires.”

Donna Summer’s song “No More Tears (Enough is Enough),” a duet with Barbra Streisand, rose to #3 on Billboard’s Hot 100 chart. Her previous single, “Dim All the Lights,” was #2. This made the second time that year that Summer had two songs in the top three (“Still” by the Commodores was #1). This milestone also gave Summer her fifth top five song of 1979, the first time a woman had five songs in the top five in one year.

The very next week, “No More Tears (Enough is Enough)” became the #1 song. That made Summer the first woman artist to score 3 Billboard #1 songs in the same year.

In 1979, rock ‘n’ roll guitarist Chuck Berry served a four-month prison sentence on tax evasion charges stemming from an investigation into his 1973 income. Berry pled guilty to the charges. He was released from prison on November 20, and went on to complete his community service by performing benefit concerts.

A 67‐year‐old man underwent surgery for a vascular problem in his leg at the University of Minnesota Hospital in Minneapolis. He lost a lot of blood, but as a Jehovah’s Witness, he refused a transfusion.

Doctors ordered a shipment of Fluosol, a blood substitute developed in Japan, and gave the patient six pints in two transfusions. It was the first use of artificial blood on a human patient in the U.S.

Sports commentator Pat Summerall called the broadcast of a football game between the Minnesota Vikings and the Tampa Bay Buccaneers on November 25, 1979. Summerall’s regular partner Tom Brookshier had family obligations that weekend, so the network assigned newcomer John Madden to take his place. It was the first time Summerall and Madden had worked together.

Madden, the former coach of the Oakland Raiders, rose quickly through the ranks of CBS Sports, and in 1981 was permanently paired with Summerall as the first string football commentators for the network. They worked together until 2001, and called eight Super Bowls.

Pink Floyd’s eleventh album, The Wall, was a rock opera, a concept album that told the life story of a rock star named Pink who builds psychological walls to shield himself from the many traumas he experiences.