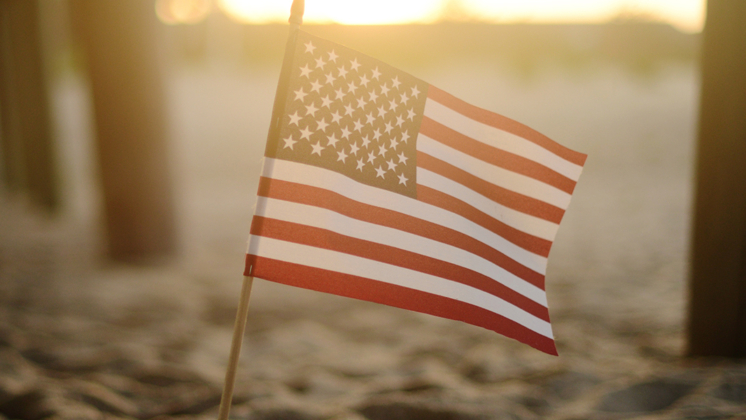 When I moved to the United States 10 years ago, I naively assumed that most things would be the same as in my home country of England. After all, we speak the same language (well, kinda). I really had no idea how different things would be in terms of language, culture and, of course, food. Even a decade in, I still experience moments of confusion on a regular basis.

Just last week I was whipping up a lasagne and ran out to the store to grab some fresh lasagna sheets. The first store hadn’t heard of them. “Hmm, that’s odd,” I thought, “must just be this store.”

Four grocery stores and a specialty Italian deli later, I returned home with a sad box of dried lasagna sheets, confused as to how this had happened yet again. Things that are ubiquitous in England are like the holy grail here. I’m sure the reverse would be true in England for Americans.

Yet America is my home now, and there are so many things I love about it. Here are some of the things that shocked me when I moved here.

1. Everything has a different name

The day I landed to begin my new life in the U.S., I got off to a rocky start. I sliced my finger open trying to peel an apple while jet-lagged. Half asleep and bleeding, I stumbled to the drug store and asked for a plaster (pronounced Plah-stah.)

After several minutes of going back and forth with the clerk, I came to the realization that what I was actually looking for was a band-aid. (A band-aid? What does that even mean? Was this little plastic strip invented for brass band related injuries? Who knows.) But that was only the beginning.

In my new lexicon, pavements became sidewalks, lifts became elevators, and I even started saying WEE-kend instead of wee-KEND. Some of these differences do still amuse me though, especially “horseback riding.” I am tickled that in America one must stipulate which part of the horse to ride.

I had never asked for a “doggy bag” before coming to America. They simply don’t exist in Europe because our portion sizes are designed for humans, not a family of five. But before you start hurling things at your screen, I think you Americans are onto something here. Whenever I go out for dinner, I get lunch for the next day, too. Two meals for the price of one? Winning!

3. The sheer amount of food choices

America is the land of plenty, and grocery stores reflect this on an epic level.

The first time I went to an American grocery store I stood in the cereal aisle slack-jawed and bewildered for what seemed like an hour. I had never seen so many types and brands of the boxed breakfast food, and it only got worse from there.

Every aisle offered a tantalizingly endless array of options. Ten types of ketchup stood before me in rows. How would I ever decide? Should I buy all of them and do a blind taste-test? Is this what Americans do? Do you choose things at random or is there a system in place that I’m not privy to?

England is a very small country and by default our stores are smaller, too. With less space comes fewer options. Conversely, America is the land of plenty and the grocery stores reflect this on an epic level. I found the whole experience paralyzing and to this day I just grab the Heinz tomato ketchup and hope for the best. But I’m often teased by the suspicion that I may be missing out. Grocery store FOMO (fear of missing out) is real.

Maybe it’s because you’re such warm-hearted people, but there is an obsession here with being cold. Whenever I grab a glass of water from the cooler here at Considerable HQ, I have to add one-third of hot water to two-thirds cold just to take the edge off. Otherwise it physically hurts me to drink it. The water feels like it was pumped in directly from an Alaskan fjord.

While we’re on the subject, what’s the deal with air conditioning? I spent a few summers working in Florida and that’s when I really began to notice the national infatuation with AC. It was like some kind of weird endurance test. Standing outside in the Florida sun I was hot and sweaty, but taking one step inside the store and it was like being put in a chiller. In and out all day long and my body was begging for mercy.

On a late Sunday afternoon I was tucking into a burger and fries when the waiter who, only moments before, had placed this American classic down in front of me, returned to ask, “How is everything?” With a mouthful of fries and grease dripping from my chin I muttered, “Pardon?” “How’s the meal?” he clarified. I was one bite in. I’d barely tasted anything. “Um, can I let you know?” I replied. He seemed confused.

As I would come to learn, in America waiters are very attentive. Perhaps it’s because of the tipping culture, or maybe they genuinely care about how much I’m enjoying my junk food, but in no European country would a waiter ever return except when summoned for the bill.

In fact, often when I’m eating out in London it’s as if my waiter drops off my meal then immediately exits the restaurant, boards a flight and leaves the country. When you need a refill or want to ask a question, they are nowhere in sight. Nowhere.

Here in America, not only are waiters always hovering, but they are unusually keen to keep you at peak levels of hydration, constantly refilling your water glass. I feel like I leave a restaurant in America totally stuffed, but with glowing skin. Which is actually exactly what I want.

6. Strangers smiling at you

In the UK it has been decreed by the Queen that no subject must ever make eye contact with another. At least that’s how it feels if you take any form public transport in England. Everyone will stare at their shoes and if you accidentally catch someone’s eye you have to leave the train immediately, even if you are running late. The embarrassment is just too much.

On this side of the pond though, Americans are smiling at me all day long. When it first happened I thought maybe I’d been mistaken for someone else. The second time, I was sure the person was unstable. And the third time, I was convinced I was about to get stabbed.

Now, though, I realize Americans are just happy people. They smile at each other like civilized humans. These days I even smile back. I’ve caught ‘American’ off of you guys and I’m a happy camper.

American currency is very confusing to the outsider. It’s all the same color and size, making it very difficult to differentiate between notes. In the UK £5 is green, £10 is orange, £20 is purple and so on. The size increases with the value amount. It must be quite challenging for the visually impaired here, but once I got the hang of it I guess it’s OK.

I do love that single dollars are actually made into bills instead of coins, like in Europe. It makes me feel like a wealthy real estate tycoon as I try to close my overly-stuffed wallet (that contains $16 in singles, but who cares, it looks like I’m bursting with cash.)

This was a difference I really wasn’t expecting. Americans aren’t generally known for being rude, but time after time I heard people in coffee shops ordering drinks without saying please I was shocked.

Once I noticed it, I couldn’t stop noticing it. “I’ll have a coffee,” “Where is the exit?” “Can I borrow your pen?” The omission of the word please at the end of these sentences in the UK is the epitome of bad manners. But this is one of those more subtle cultural differences I have come to understand. According to the American linguist Lynne Murphy, “Americans saying please sounds bossy,” but to Brits the please makes a statement polite.

Imagine my surprise when, idly flicking through a diner menu, I saw “biscuits and gravy” listed under breakfast. “OK,” I thought, “This can’t be right. This has to be a mistake. What kind of animals would eat such a dish!?”

Allow me to explain. In England a “biscuit” is a “cookie” and “gravy” is what you’d pour over a Thanksgiving dinner. Now (and go with me here) in your mind’s eye: picture a cookie on a plate and then cover it in turkey gravy — that is what I imagined in that diner. I have never been able to bring myself to order the American version, but I’m told it’s delicious. I’m skeptical.

10. Credit card without a pin

When I finish a meal in Europe, a card reader machine is brought to the table. I put in my card and my pin number in order to pay. The same goes for making purchases at a store. But in America you are all just signing away like it’s nothing. It scares me to death! I’ve heard that card readers are coming to the U.S.; I only hope it happens soon for the sake of my anxiety.

Listen, all I mainly want to say on this subject is thank you. Who would even have thought to deep-fry butter? Whoever that person was, he/she has my unwavering respect and admiration. If it can fit in a fryer, it’s going in, and that is why I will never leave this wonderful country.