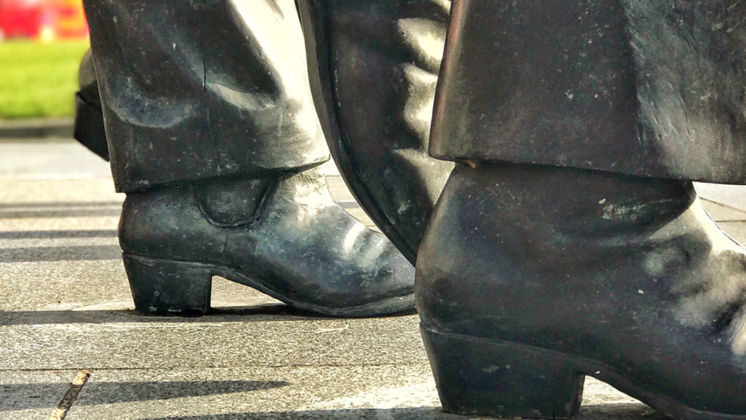 For the past 50 years, every Beatles fan has believed that the legendary band’s long and winding road ended on August 20, 1969. That’s the day all four Beatles gathered in the studio for the last time, to record two tracks for their final album, Abbey Road.

Common wisdom holds that the group started work on the record knowing it would be their last — and that when it concluded, it was all over except for the lawsuits.

Now, Beatles historian Mark Lewisohn has turned that history on its ear by revealing a long-secret tape from Sept. 8, 1969, on which John Lennon, Paul McCartney, and George Harrison discuss plans for another album.

“Doesn’t that rewrite pretty much everything we thought we knew?”
Mark Lewisohn

According to an interview with Lewisohn in The Guardian, the trio recorded the meeting for the benefit of Ringo Starr, who was in the hospital. Lennon starts the conversation by starting the tape and saying, “Ringo — you can’t be here, but this is so you can hear what we’re discussing.”

Lennon then proceeds to sketch out a proposal for a Christmas single (an annual Beatles tradition since 1963) and a plan for splitting up the songwriting: four songs each for himself, McCartney, and Harrison, and two songs for Starr (“if he wants them”).

The tape flips the accepted script that Lennon was the first Beatle to push for a breakup. “It’s a revelation,” Lewisohn told The Guardian. “The books have always told us that they knew Abbey Road was their last album and they wanted to go out on an artistic high. But no — they’re discussing the next album. And you think that John is the one who wanted to break them up but, when you hear this, he isn’t. Doesn’t that rewrite pretty much everything we thought we knew?”

In fact, McCartney seems to be the member who takes the dimmest view of the new project, remarking that “I thought until this album that George’s songs weren’t that good.” In turn, Lennon takes a dig at Maxwell’s Silver Hammer, a McCartney composition famously disliked by the other three Beatles.

While the conversation didn’t result in another Beatles collaboration — all four never worked together again — the tape is part of a new multimedia show created by Lewisohn and titled Hornsey Road. The show, which opens Sept. 18, explores the final days of the Beatles as they created Abbey Road.

“It’s a story of the people, the art, the people around them, the lives they were leading, and the break-up,” Lewisohn told The Guardian.